This article first appeared in print in the August issue of Revelstoke Mountaineer Magazine.

A Canadian subsidiary of a Korean construction company that has developed bridges, high rise apartment complexes and hotels in Asia, has big plans for a seven acre piece of property on Williamson’s Lake.

According to a representative of the Hyeum Properties, (HP) formerly BK C&D, a division of the Hyeum construction company, the proposed educational facility, farm and wellness retreat will employ up to 70 people, 30 of whom will be housed on site. 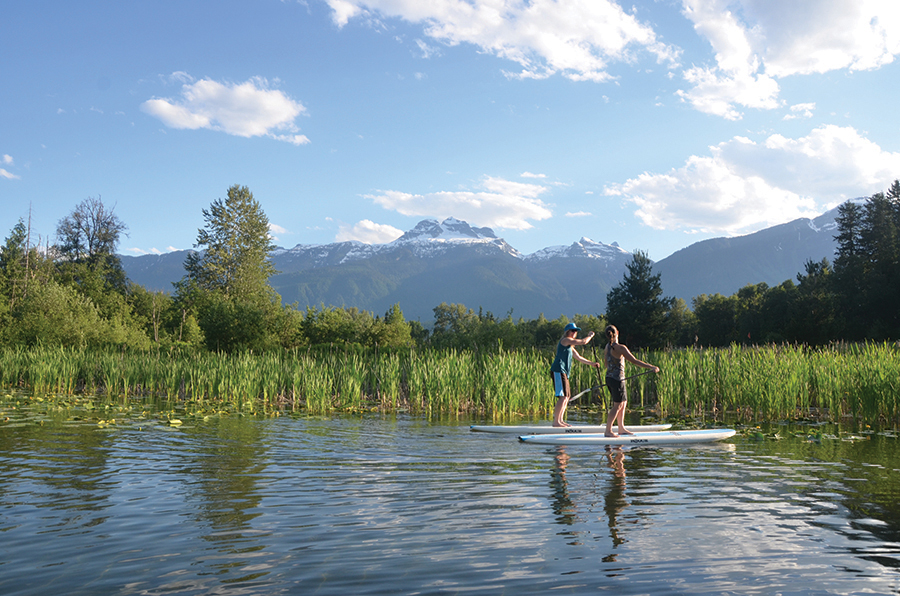 The HP application to develop the Williamson’s Lake property for non-farm use is currently under review process by the Columbia-Shuswap Regional District, and pending approval by the Agricultural Land Commission.

The ALC application does not include information pertaining to water, irrigation for a planned greenhouse facility, fish farm, or sewage.

Keith Stevenson, who is the local manager for the project, said that HP has had companies out to the property to investigate the feasibility of drilling water wells, and that they have water rights to a nearby creek, meaning that they can draw surface water from a nearby source.

As far as sewage, Stevenson says they are looking into a septic treatment plant, as they don’t have access to lines. He says that if the application proceeds through the process then they will hire more consultants to determine the next steps for water, sewage and irrigation.

The project will have to go through two stages of public review and comment before it is approved. First, it will have to get approval from the ALC, who will make their decision based on the application and information received from the CSRD Electoral Area B Advisory Planning Committee. (APC)

The APC was scheduled to tour the property on July 24, according to Stevenson, before meeting to discuss the proposal on July 25. The CSRD board will then make a recommendation to the ALC, the regulatory body for the Agricultural Land Reserve.

If the ALC application is approved, which will be made based on information received from the CSRD APC, then the company will then need to be pass through a zoning and building application process. That will also involve public consultation.

Loni Parker, the director for CSRD Electoral Area B, says she met with the proponent before they submitted their application and recommended they meet with the ALC before the development move any further.

She says that they originally told her the facility would be educational, and called the agricultural component of application, which boasts a aquaponic fish farm and hydroponic greenhouse, “a dolled up way to get (HP’s) foot in the door.”

“They added the agricultural land component to what they originally stated. They originally said it would be an educational facility,” said Parker speaking to the Mountaineer.

“They wanted to expand that to include the wellness centre and it looks like they’ve added a more of a garden component then they initially expected to. What it looks like to me is that it’s a wellness centre, or a spa, and they will have paying customers. Whether the community thinks that is acceptable or not will be up to the community to decide. I expect a whole lot of questions will be raised.”

Parker said developers will typically come to the area, speculate, buy up land, and worry about the development process afterwards. She said the proponent initially mentioned using the facility for second language English education.

Stevenson, who has a background teaching ESL, corroborated Parker’s claim. He said that when he first approached Parker he envisioned a summer and winter camp for children.

“The actual idea was a summer and winter camp for kids,” said Stevenson. “But since meeting with people and realizing the nature of the ALC process, I realized you can’t just throw up a little garden. So we’ve incorporated a big facility that could produce fruit and vegetables year round, at a rate beyond what the land could naturally produce.”

He said the farm will be used for educational initiatives for the local school district. Stevenson also said fish from the on-site aquaponic fish farm will be sold to local restaurants and transferred to holding ponds on site when they grow too big for holding tank. The ponds will be located on site. According to the artist’s rendering of the project, they are slated to be located fairly close to the lake’s shores.

If their ALC and subsequent zoning applications are approved, it will likely be years before the facility opens.

The CSRD APC was scheduled to meet at on July 25 in the Boulder room of the Revelstoke Community to discuss the project. The meeting is open to the public.

“We’re not trying to pull the wool over anyone’s eyes,” said Stevenson. “We will be open and transparent will everyone in the hopes of making this the best possible project.”