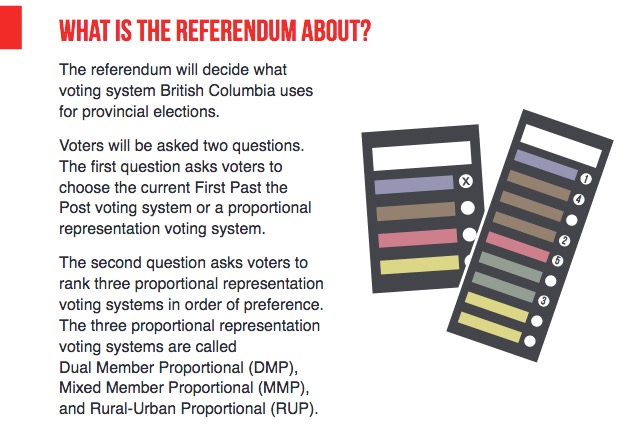 Having survived two referendums in Quebec – the 1992 Charlottetown Accord and the 1995 referendum on independence – I feel I might have a few experiences to share and some kindly advice to offer.

On the first front, referendum campaigns are rarely fun affairs, which flows to the second part, time to dial it down.

We all have to live together after the vote and if comments on social media are any indication, a few friendships have likely been damaged beyond repair already.

Some of you may recall the words of former Quebec premier Jacques Parizeau on referendum night in 1995: “We are beaten, it is true, but by what, basically? By money and ethnic votes.”

Most may feel, it was the “money and ethnic votes” that was the most offensive part to his claim, but Parizeau said it in French and, for many Quebecers, the more offensive word he used was “nous.”

Nous has a special significance in this particular context, Parizeau was drawing a very distinct racial line.

Fortunately, he had the good grace to resign the next day.

So on that advice front, don’t add to division, when division is the last thing B.C. needs.

Speaking of which, the use of goose-stepping Nazis in a No-side video was repugnant and if the U.S.-based PolitiFact could squeeze it in between fact-checking President Donald Trump’s hourly claims, it would likely earn a “mostly false” rating under that group’s Truth-o-Meter.

Extremists can get elected under either system, first past the post (FPTP) or proportional representation (PR) and have done so, even in Canada.

Parizeau was called a Nazi by some, the Parti Quebecois was seen as a party of extremists by others that shouldn’t even be allowed to run candidates, yet, it won five elections under FPTP and came within 55,000 votes of winning the 1995 referendum.

There’s a photo caption in a 1978 Toronto Star article that reads: “I am a bigot, said Leonard Jones and his Toronto audience roared its approval.”

The Yes side should consider adding some tint to its painting proportional representation as a panacea to all our ills. However, not quite as much tint as the Vancouver Sun’s Rob Shaw suggested in a tweet a few days ago.

Shaw tweeted: “Here’s an idea Pro-PR people: Have the courage to plainly acknowledge both the weaknesses AND strengths of FPTP. It actually makes you more credible when arguing PR’s positive traits (which are many).”

Shaw was reacting to what he called “another thinly-disguised propaganda video,” which don’t seem to be in short supply this time out.

I wouldn’t go as far as Shaw did, there is a beauty contest aspect to a referendum campaign and the keeping it honest part falls more on the media and political observers to do.

I can assure Shaw, however, that Parizeau never once had a good to say about federalism during the 1995 referendum.

Supporters of the two sides can point to thoughtful and well-reasoned arguments for both systems and credible individuals espousing them.

Former B.C. Liberal party leader Gordon Gibson, former B.C. finance minister Kevin Falcon and the editor-in-chief of Business in Vancouver, Kirk Lapointe, come to mind as advocates for the No side, albeit Gibson’s opposition goes more to process.

It’s why something Premier John Horgan said sticks out. At a recent pro-PR rally in Victoria, Horgan said that under PR “you can vote for your values, your values will be reflected in the legislature. What could be better than that?”

At the end of the day, that might also be a measuring stick for undecided voters.

Perhaps voters should consider the values that the respective leaders on both side have espoused in the past.

The B.C. Liberal party has a catchy slogan: “one and done.” In essence, telling voters to vote No to the first question and ignore the second.

It’s conceivable that it could have an impact on the turnout for both and could leave the province in some uncharted waters.

What happens if the Yes side wins question one with a turnout of say 60 per cent, but the turnout for question two falls below 50 per cent?

Can you spell court challenge?

This story has been updated with minor edits to clarify meaning.

Dig out your boat to refresh those paddling skills, or sign up for a lesson and use our club gear. No experience necessary. RPA Membership = $20 (includes 1 free Pool Session)1 Pool Session =[...]
View Calendar