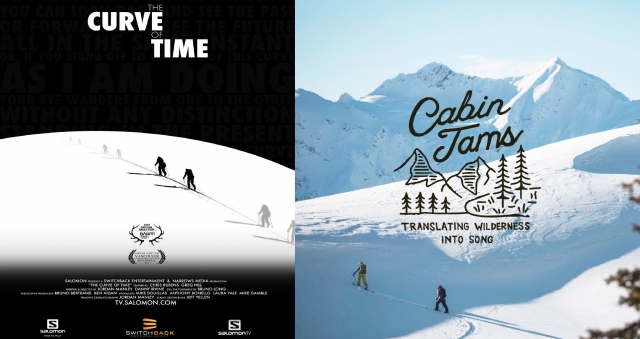 Local big mountain skiers Greg Hill and Chris Rubens are on a mission to reduce the greenhouse gas impact of their global backcountry skiing missions, and hopefully build a dialogue around what we all can do to tread more lightly on the planet.

In a video interview with the Revelstoke Mountaineer (embedded below), Hill said that hard questions about the carbon footprint of the pro skier lifestyle — international flights, helicopter time, promotional travel, sled-access missions and skiing road trips — led to self-introspection about its environmental impacts.

He decided to make changes, and to track and quantify how he could do it better.

Hill and Rubens documented their effort to do better in The Curve of Time, a new documentary-style film directed by Jordan Manley.

Hill took steps to reduce his greenhouse impact, including leasing an electric car, to prove that despite the vehicles’ limited range and B.C.’s still-nascent recharging infrastructure, you can still string together road trips through western North America’s ski-spot archipelago. The electric vehicle was one of several changes that led to a quantifiable improvement in his greenhouse gas emissions.

Check out our interview with Hill embedded below.

The evening show at the Revelstoke Performing Arts Centre on Saturday, November 25 (doors at 7, show at 7:30; $10) also features Cabin Jams, with local pro skier Leah Evans. For Cabin Jams, four musicians were invited to a backcountry lodge to create music. The resulting music is mixed in with backcountry ski and snowboard filming, featuring Marie-France Roy, Alex Yoder and Leah Evans.

The films will be followed by a panel discussion following the screenings.