This article first appeared in print in the September 2019 issue of Revelstoke Mountaineer Magazine.

It’s just over a week before the opening of the Revelstoke Visual Art Centre’s new show and artist Hayley Stewart is madly working on the pieces for her first solo exhibit, Soul Quench.

Inside her Big Eddy studio various completed pieces are propped up, landscapes painted in vibrant eye-popping colours. Stewart is known for her multi-dimensional bold canvasses with a combination of aerosol spray paint and acrylics that speak to an urban, graffiti influence. For Soul Quench, however, Stewart has taken a bit of a departure from this, using less aerosol paint and an entirely different process.

“I used to use spray paint as the starting point and create these wild style backgrounds to then paint on top of,” Stewart said. “I’m not even sure the graffiti influence is fully apparent in this body of work.

The pieces for Soul Quench mainly use acrylics, although aerosol spray paint does make an appearance, but as Stewart says, “not really in an interesting ‘graffiti-esque’ way.” She does, however, borrow techniques from the graffiti world, evidenced in the halo effect that is often seen illuminating her mountainscape and forest scenes. 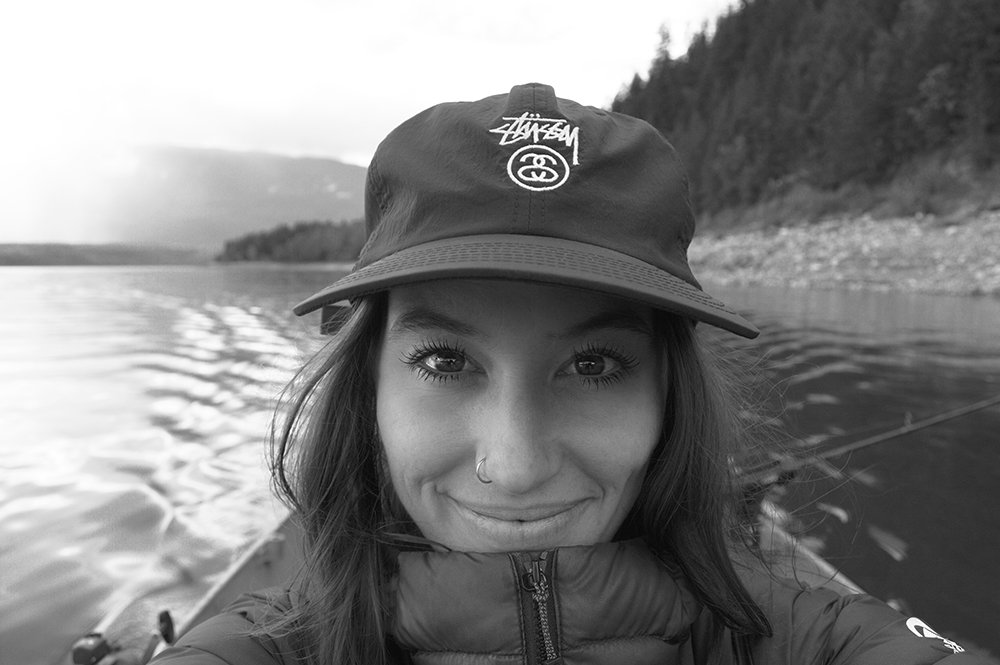 “Spray paint is one of my favourite mediums to work with. I was never all that interested in landscape painting until I realized I could make it my own and bring the skill set I had to this new-to-me subject matter. [I’m] still exploring how to create these conversations in my work.”

Stewart had hoped to relinquish some of the control she exerts over her paintings for Soul Quench. Instead, she came to the realization that control is a part of her process, discovering the crisp lines, smooth colour blending and meticulous detail are inherent to her style.

“One thing I always strive for is originality … pushing boundaries. I think I achieved that. [These are] not your typical landscape paintings. I as trying to push the subject matter, which is often seen as mundane, further,” said Stewart. “Having a major deadline was great for production but was actually quite constraining. I’m looking forward to spending more time experimenting with new processes and techniques in the studio post show. I’m hoping to push some discoveries further.”

Soul Quench is on display at the Revelstoke Visual Arts Centre until Sept. 20 along with three other exhibits: Pottery Guild — Current Works, David Rooney — Art Collection and Member Exhibit — Work From Our Instructors. The centre is located at 320 Wilson Street and is open Tuesday through Saturday from 12 p.m. to 4 p.m.

The opening reception is on Thursday, Aug. 29 at the Revelstoke Visual Arts Centre at 320 Wilson Street. Entry is by donation.

Rocky Mountain Cadet Corps Revelstoke meets every Tuesday at the Okanagan College from 6:30 pm to 9:00 pm. Open to everyone between 12 – 18 years of age. Come out be part of a team[...]
View Calendar