Driving to the Trapper Snowboards shop, you get the feeling you are taking your vehicle in for repair rather than heading to one of the country’s most up-and-coming splitboard-specialized manufacturers. The local bus depot, auto-garages and small-town manufacturing shops give the Big Eddy an industrial feel as you come to a stop out front of the Trapper Snowboards headquarters.

Other than a cube-truck parked out front sporting Trapper logo on the side, there is no evidence of anything remotely related to snowboarding here.

Upon entering the shop you are greeted by Jenna. She’s not the front desk receptionist, but rather Trapper Snowboards founder Greg Fortier’s dog.

Introductions don’t take long, as there are only two people working in the shop, owners and brothers Greg and Jeff Fortier.

Inside, other than a couple Trapper Snowboards banners on the walls, the room is full of machinery and workbenches and is far from a fancy showroom.

While Greg is there full time, seven days a week, Jeff is also there at the moment, helping out with production.

Now in their fifth year, they are busier than ever.

“Basically as soon a board is ready it’s out the door and shipped to the customer,” Greg says, as the only boards visible in the shop is a stack of templates for cutting out bases and cores for the Ursa Major splitboard.

In their busiest year since starting up in 2011, Greg says there is about a three- to four-week wait to get a board at the moment. It takes about fives hours of solely board-making to get a Trapper made before being shipped to the customer, most of whom are in B.C. and Alberta, although he says there is a solid American surge this year as well.

Greg and Jeff will take some time out of their long day this Friday to have an open house at Trapper, as they and other local companies and organizations prepare for the upcoming Canuck Splitfest held in Revelstoke this weekend. With all proceeds going to the Canadian Avalanche Society, people from all over B.C., Alberta and the US are coming to Revelstoke to share their stoke for snowboarding. Trying out demos, listening to guest speakers, having a few drinks and of course planning their next touring day up in the mountains are all part of it.

Friday night people can come by the Trapper Snowboards headquarters for a tour of the shop and a bit of a sneak viewing of the building process.

“It’s just kind of a hangout,” Greg says. “We’ll probably have some beer, maybe a little bit of grub. We’ll do a couple shop tours to show the people most of the process, but it’s mostly just a hangout and people get to meet up with some of the other people here for the weekend, make plans for touring for the next day.”

Joining Trapper on Friday night will be Pallas Snowboards, a women-specific splitboard company out of Salt Lake, who will be having a bonfire out front of the shop, equipped with the ingredients for smores.

“If you are planning on touring for the weekend, it’s part of Splitfest, it’s a good time to meet up with some people, see if there’s anybody you jive with and anybody you want to go touring with,” he adds. “And see how some boards are made.”

As far as the boards are made, Trapper has added a new improvement this year to their boards with a new sidewall technology. Ditching the hardwood sidewall, which they had in previous boards, Greg and Jeff are making this year’s boards with urethane resin, making it more durable and lower-maintenance.

One of the ways the hardwood sidewall can get damaged is while touring and stepping on the sidewalls, Greg explained, and people end up chipping away some of the wood. While the hardwood was still durable, it was more prone to damage and ice build-up if the owner doesn’t continue to oil it.

“This you don’t need to oil, you can step on it all you want, it doesn’t matter. And then impact, rock impact, it holds up a lot better to that compared to the hardwood. The hardwood is easy to repair, but the urethane is difficult to destroy.”

“That’s our main change for this year,” he adds. “We try to improve one thing per year, focus on one major improvement, and that’s the one we picked for this year.”

Putting out quality products is always Greg’s focus, which is why Trapper chooses their artists and team riders carefully, too.

With artists like Mark Kowalchuck (think DCP’s YES snowboard Pick Your Line), out of Calgary, B.C. artist Ben Tour and Shanna Duncan of Washington, the art is a big part of Trapper Snowboards.

“It has become a huge part of who we are,” says Greg. “We’ve been wanting to work with those artists for a couple of years and finally got them on board to make art last year…. There is no sense putting low-grade graphics on a high-grade board, that’s the theology behind it.”

Having team riders that represent Trapper Snowboard’s values is also equally important. Rather than having a team who’s sole focus is getting out and making videos like many companies, Trapper’s duo of Golden-based Ave Perry and Revelstoke’s Seb Grondin simply share the same stoke for powder riding as Trapper.

“The team is really there for development more than anything,” Greg says. “We’re more interested having good advocates of the brand, ambassadors. People who share similar views and have made snowboarding a big part of their life, but still have a life balance outside of that.”

Grondin is also a coach with the Central Snowboard Academy, which also begins this weekend at Revelstoke Mountain Resort and continues every Saturday until the end of March, which Greg thinks is a great opportunity for young snowboarders be able to get involved with, and a great affordable option for parents with teenage kids in Revelstoke.

“That’s a really cool thing. Seb was super keen, he’s got such a love for snowboarding and he loves to spread it and share that,” Greg says. “It’s a great program for kids, ages 12-18 for coaching. It’s kind of like going out riding with your buddies, every week.”

In the meantime, Greg and Jeff will continue grinding away in their custom-made shop in the Big Eddy, far from the excitement that Revelstoke brings to the snow sport world every winter, pumping out high quality snowboards as quickly as possible for their happily waiting customers.

For anyone interested the Canuck Splitfest or the Central Snowboard Academy at Revelstoke Mountain Resort, both which begin this weekend, you can visit the links below. 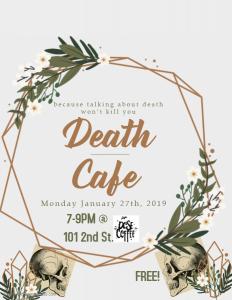