It’s a candy-lover’s dream come true. Candy, 60 different varieties of it, is displayed floor to almost ceiling inside the newly opened Sugar Shack.

The quaint, heritage building location 103 Second Street West, the former home of Castle Joe Books, has been completely transformed. The dark walls are now a vibrant white and the flooring has been replaced with light, wood-inspired tiles. It’s a perfect backdrop for the brightly coloured candy owner Amy Orlando is offering up.

Like so many others, Orlando came to Revelstoke on a whim for a ski season. Her background is in environmental science, and she studied at Bishop’s University in Quebec. University friends from Bishop’s ski and snowboard club enticed Orlando to make her way to Revelstoke after she’d finished a year-long backpacking trip. With no other plans in sight, Orlando decided to join her friends. That was three winters ago.

Now, sitting on built-in wooden seating along the wall opposite from the candy, Orlando chats about the Sugar Shack, which at the time of our interview has been officially open for exactly one day. The renovations, she says, were partly done for aesthetic reasons and partly because they were needed. The floor, for example, required levelling, and parts of the building needed to be straightened out. Along with the white paint and lighter floors is a wooden counter where patrons can sit and enjoy coffee, espresso, ice cream and ice cream sandwiches. It was surprising, said Orlando, to see the final results of the renovation. 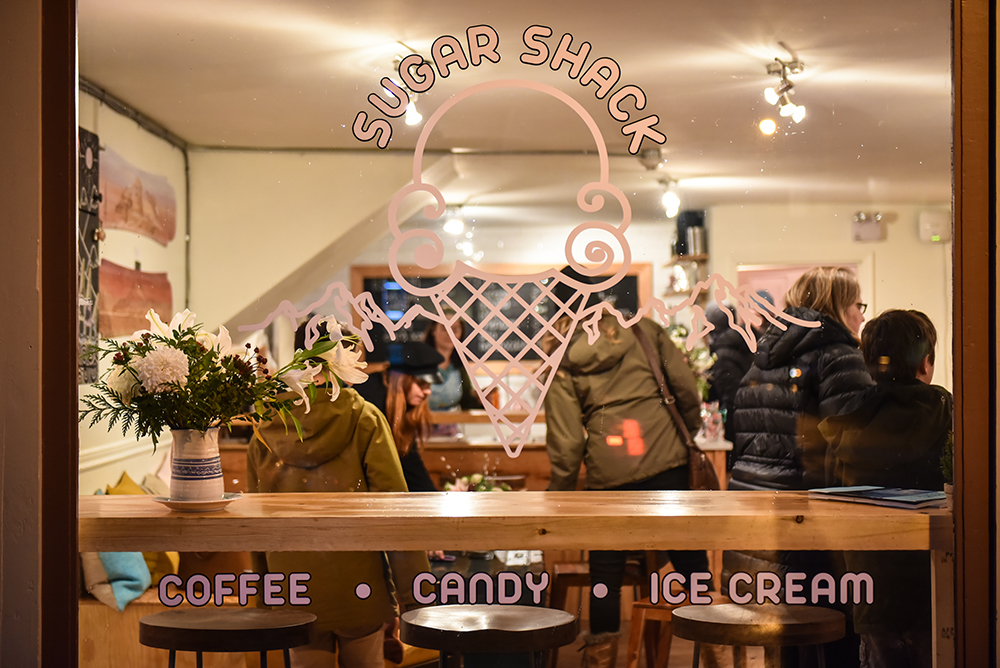 “The bookstore definitely had a lot of charm, and it was a special place to the community, but it was dark,” she said.

What may come as a surprise is that, despite owning a candy business, Orlando isn’t much of a sugar junkie herself. If she had to choose her favourite candy, though? “I’m a sucker for sour keys and any of the Coke bottles,” she said.

The Sugar Shack may be new for Revelstoke, but it isn’t a new venture for Orlando, who originally opened her candy business in a renovated tool shed on her parents’ property on Savary Island, located in the northern part of the Straight of Georgia. She started the business during her summers off from university when her parents told her she’d need to do something to make money to help pay her tuition. Orlando also owned an ice-cream truck, and hired someone else to run it for her. 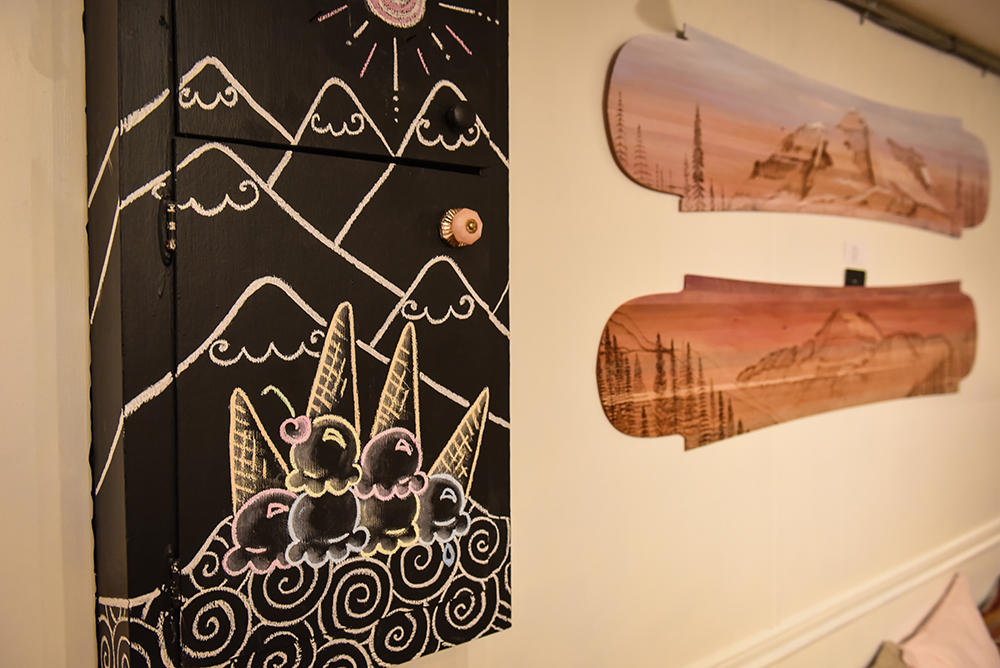 That candy and ice cream combo is now available in Revelstoke, but it isn’t just for the kids. There’s old classics adults will recognize like Popeye candy sticks, Fun Dip, Nerds, and Gobstoppers. To keep things simple all of the candy is priced by weight. Patrons can load up one of the paper supplied paper bags with as many, and as much, different candy as they desire. Orlando says she is also looking into bringing in some specialty candies from Europe for people who want those. She also has plans to open up the backyard patio during the summer months.