Our small town is home to National Nordic ski champions. Last weekend sixteen local athletes returned from an eight-day National Championship in Gatineau, Quebec. The team scored sixth overall position and third in the country in the Junior Category (ages 15-20) out of the 61 teams who participated in the event. 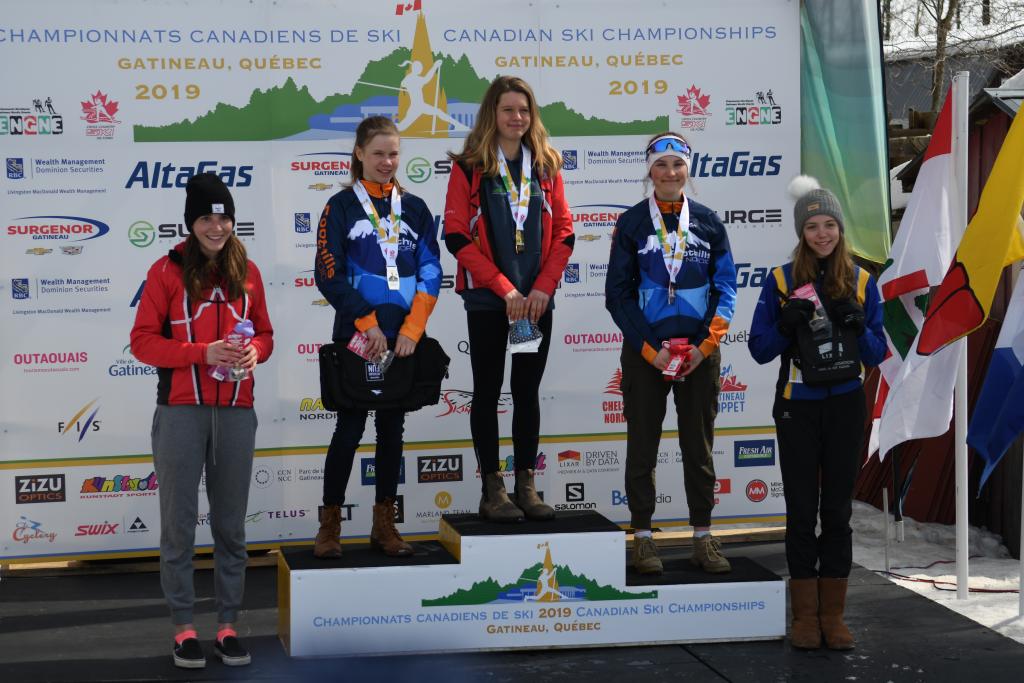 Revelstoke stood tall against almost 900 Nordic skiers from across Canada, the Eastern U.S.A, and Norway — in part, due to their distinctive, bright red race suits.

Head coach Matt Smider kept the team morale high, despite them facing race-day temperates as low as -19.5 degrees. The combination of navigating frozen tracks and then warm slushy trails certainly kept racers on their toes.

Skiers competed in four races to determine their aggregate placing amongst other racers of the same age. The four races were as follows:

Among the Revelstoke contingent was Cedar Cameron-Harding, who participated in her first Nationals competition.

Things really started heating up in the competitive group relay event; groups of two skiers took turns negotiating a technical 1 km classic course to determine the fastest team. The Revelstoke placings from the team event are as follows:

The National Championships marked the end of another successful year of racing. The club is grateful to the many people and local organizations that have contributed to their success.

Racing season may be over, but the club will still be running exciting events as long as conditions permit. This Sunday, March 31 at 9 a.m., the club will be hosting Our Headlamp Heroes Series Finale event, that will include a mass skate start, along with optional distances of 5 km, 15 km, and 30 km, covering all areas of the trail system. For more information on upcoming events, visit their website.