This article first appeared in print in the March 2019 issue of Revelstoke Mountaineer Magazine.

If Revelstoke wants any chance at solving the housing crisis then the city needs to create policy to address the displacement of long-term tenants triggered by redevelopment, including manufactured home parks, and other forms of existing housing stock.

Sometimes referred to as mobile home parks or trailer parks, the parks provide a unique form of housing where individuals own their homes but rent the land they’re placed on. They’re the original tiny houses movement, designed and used by people whose lives involved moving from one location to another. They’re also the original affordable housing, having been touted in North America as such during the 1950s, leading to the creation of the modern day trailer park.

Fast forward to today and mobile home parks remain as one of the most affordable forms of home ownership. According to the August 2018 Revelstoke Housing Needs and Demands Assessment report, nearly 15 per cent of existing housing stock within the city of Revelstoke is comprised of “moveable dwellings.” In Columbia-Shuswap Regional District Area B, that number is slightly lower at just under 11 per cent of existing housing stock. Put into real numbers the significance becomes obvious, with 480 manufactured homes listed in Revelstoke and a whopping 2,390 in the entire CSRD (not just Area B).

The often-overlooked problem with manufactured homes is that the attached land rental component leads to a lack of overall security, particularly in cases of landowners wanting to redevelop existing property as a way to increase capital.

That lack of security was brought front and centre when John Todds presented as a delegation on behalf of fellow tenants of Crescent Heights Mobile Home Park during a Revelstoke city council meeting in late January. The tenants of the park, located on Arrow Drive, are being evicted after losing a dispute resolution hearing with the park’s owners. With their own sentence already written, the tenants asked the City of Revelstoke to consider adopting policies and bylaws addressing redevelopment of mobile home parks at a local level.

There are a number of B.C. municipalities that have taken initiative in pioneering local-level policies to directly address the displacement of mobile home park tenants. The specifics of those policies vary. However, they generally require landowners to provide additional protections including advance notification, a tenant communications plans, updating tenants on the development process in a timely manner, additional compensation, and relocation assistance programs.

Under the act, landowners who want to redevelop the property are required to have all necessary permits and approvals prior to serving the required 12-month notice of eviction. Communities like Coquitlam are going one step further, setting policy that obliges landowners to communicate their intentions with park tenants in writing during the pre-application stage. The city of West Kelowna’s policy goes even further, dictating that landowners communicate plans for redevelopment with all tenants affected 30 days prior to submitting an application.

Perhaps key to redevelopment policies, such as the one in West Kelowna, is the requirement for landowners to provide relocation assistance. West Kelowna’s mobile home park redevelopment policy includes a relocation assistance program, whereby land owners must create a profile of resident demographic characteristics, provide information about the condition of homes and the potential for relocation, provide existing tenants opportunities for first right of refusal, and in some cases provide unconditional payments allowing tenants “with some amount of equity and greater flexibility in their plans for relocation.” Under the program, landowners are also required to provide a status report to the city, including preferred housing options for tenants.

In the case of Crescent Heights, tenants are faced not only with eviction from their homes, but some are also dealing with the very real possibility of having to relocate to another community due to a lack of housing availability. Ideally, if Revelstoke had a relocation program in place, tenants could potentially have had increased options for staying in the community, despite the city’s incredibly low vacancy rate.

City’s plans for a Housing Action Plan could address redevelopment, but is still a ways off

At present the city of Revelstoke’s own policy on Mobile Home Park Redevelopment remains vague on the issue of providing specific supports for displaced tenants. The single paragraph policy notes,“in their decision making, council intends to place high importance on the impact the new designation will have on affordable housing options within Revelstoke and the displacement of current tenants.”

When asked if the city had any intention on updating the existing mobile home park redevelopment policy to include actionable items such as those required in other communities, city planner Daniel Sturgeon said there are currently no plans to do so. Instead, the city intends to pursue a Housing Action Plan. The plan and its scope have yet to be determined. However, Sturgeon said it’s possible the results of the Housing Action Plan could lead to changes to the existing mobile home park redevelopment policy. Despite its name, Sturgeon said the existing policy it is intended to preserve a supply of affordable housing, not necessarily a particular type of housing.

“It is worth noting that inquiries to redevelop mobile home parks could be inquiries to provide alternative forms of affordable housing on the same site, perhaps in a different form but at a similar cost,” said Sturgeon.

At present, there doesn’t appear to be a widely accepted standard of practice for municipal-level manufactured home park redevelopment policy. From a broader perspective, Sturgeon said good planning practices include providing a range of housing types across the spectrum of affordability.

“This looks different in different communities, based on socio-economic situations, land value, and many other factors,” said Sturgeon.

The city’s plans for a Housing Action Plan, along with recent efforts to address the overall lack of housing across a spectrum of affordability, are promising, but getting those items from the planning table to actual practice take time.

Perhaps existing MHP tenants can breathe a small sigh of relief, since the city has received no formal applications for redevelopment within the past few years. Inquiries, however, have been made and in those cases copies of the existing mobile home park redevelopment policy are provided along with more general information about the overall rezoning process. Since the city keeps developer enquiries confidential, it’s difficult to gauge just how serious they may be.

Still, the current lack of redevelopment applications may not be enough to alleviate the underlying stress of manufactured home park residents when it comes to overall housing security. After all, the fact that other communities are creating policies to address residents displaced by redevelopment shows it’s an issue that is not unique to Revelstoke. As a community, we need to start looking at ways to address the socio-economic impact of displaced tenants sooner, rather than later.

Jan
25
Sat
10:30 am Lego Day @ Revelsoke Branch Library
Lego Day @ Revelsoke Branch Library
Jan 25 @ 10:30 am – 4:30 pm
We have tons of Lego including Duplo so bring your friends and drop into the library to create something wonderful which we’ll put on display until the next Lego Day! 4th Saturday of the month.
3:00 pm Weekly Meat Draw @ Revelstoke Legion
Weekly Meat Draw @ Revelstoke Legion
Jan 25 @ 3:00 pm – 5:00 pm 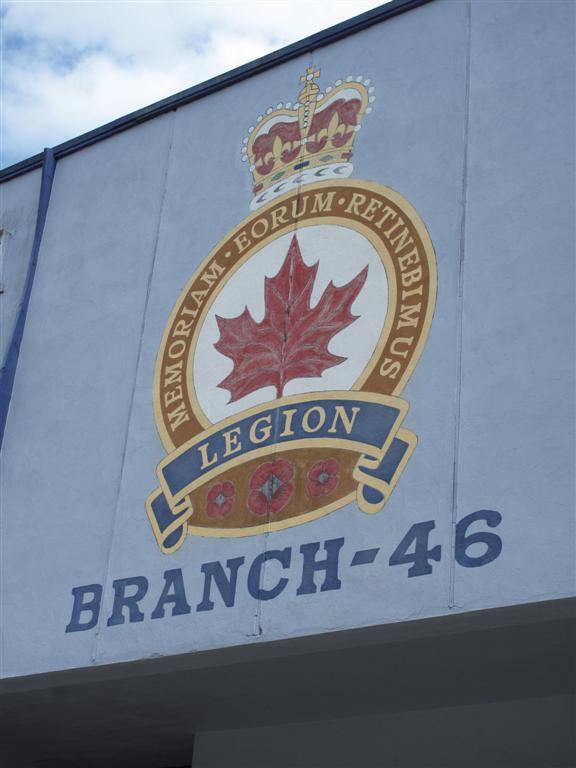 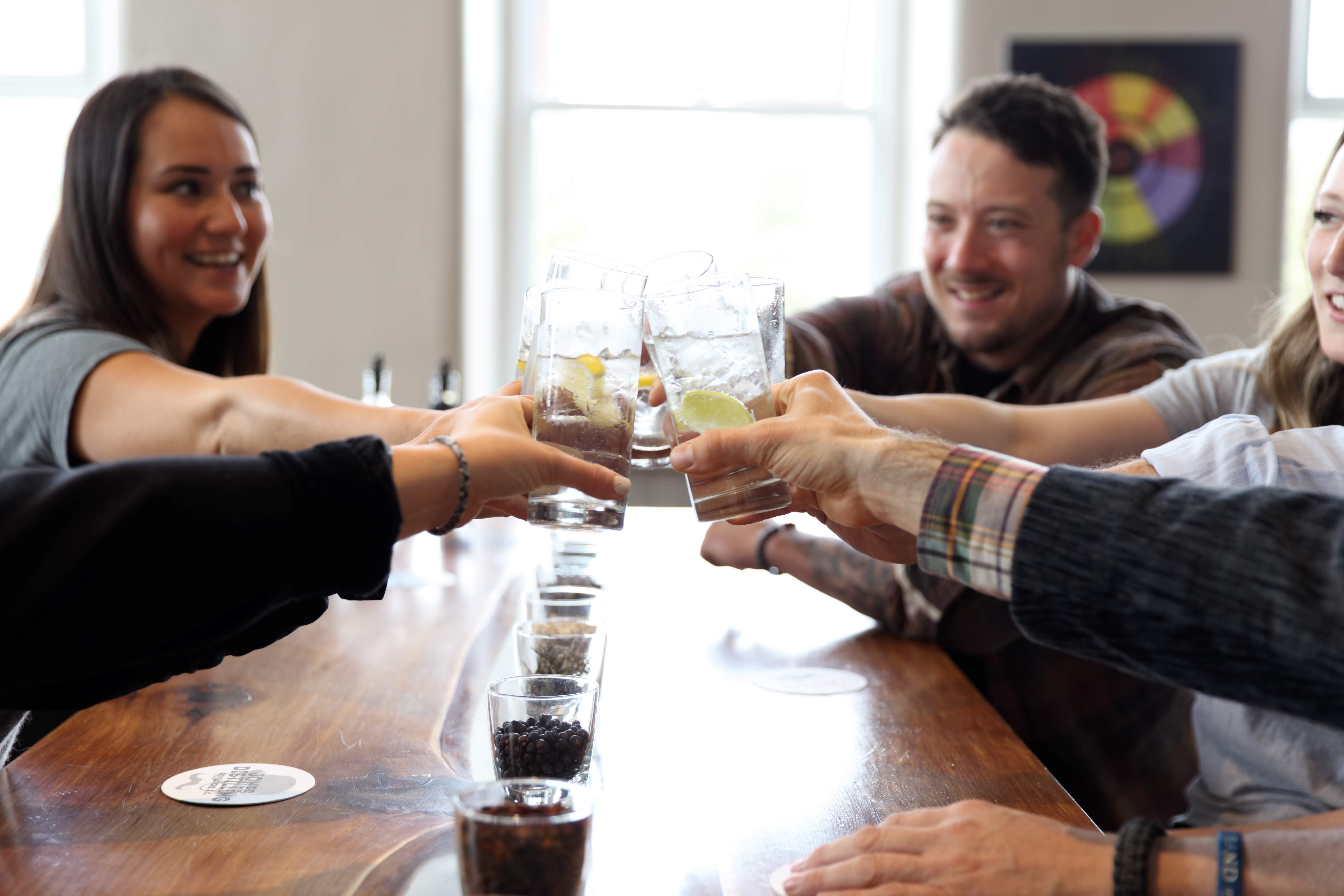 Experience a truly unique gin experience at a local distillery based in Revelstoke’s Historic Mountain View School. This event starts with a perfect gin & tonic as we ease you into the world of gin,[...]
View Calendar