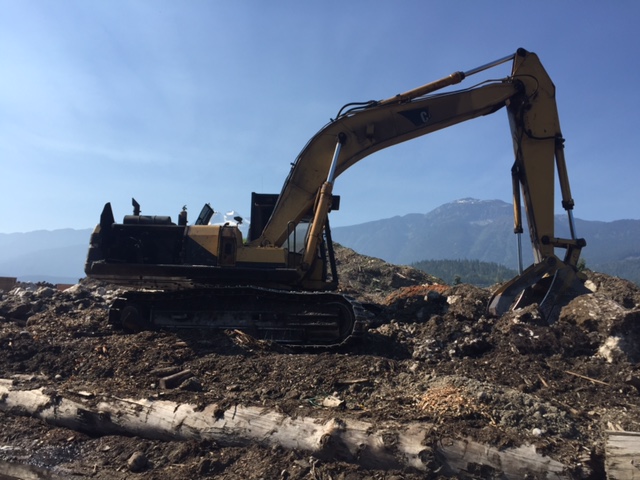 Revelstoke Fire Rescue Services were quickly able to extinguish a vehicle fire at Downie Sawmill on the morning of Tuesday, August 22. The cause of the fire has been deemed to be mechanical in nature.

Firefighters responded to a 911 call about the fire just before 10 a.m.

“Upon arrival, fire crews found a fully involved excavator and began an aggressive exterior fire attack on the large machine,” fire chief Rob Girard said in a statement to media.

Girard said firefighters extinguished and overhauled the fire in just under 15 minutes. A total of 18 fire personnel, along with two fire trucks responded to the fire.

“The career and volunteer firefighters responded quickly and worked hard on this fire because of the its location being on the dry mill property”, said Girard. “Lucky for us that the excavator was located in a relatively safe spot. Revelstoke Fire Rescue Services definitely realizes how important the mill is to our community and protecting it is paramount.”