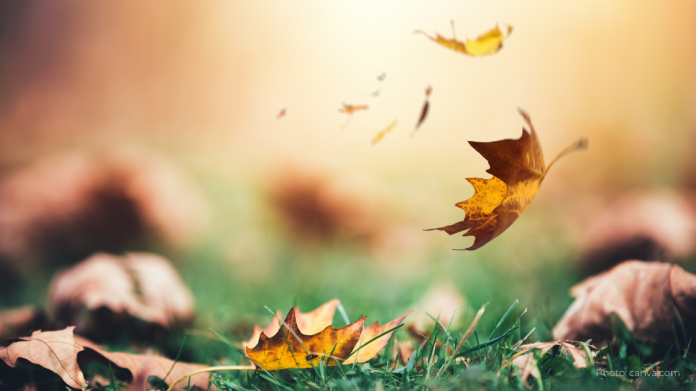 The act of letting go is a complex sequence of events involving a paradigm of emotions and intricate storylines. Letting go is a graphic unravelling of the real and perceived, and it’s one of the hardest things we transition through as humans. We let go of dreams, relationships, lovers, children, opportunities, fantasies, and houses, and in the past few years, we’ve even had to learn to let go of connection. It’s deep work that requires grace and patience for the process.

So when someone tells us (or we say to someone else) to just ‘let go,’ it’s disempowering and, frankly, annoying and immature. It signifies an impatience with our personal process and often means the person saying it (maybe us) is not interested in listening.

My life has given me so many teachings of letting go, of having to release my desires and wants for certainty to allow the world to work through me — aka being in the flow. Holding onto my structures and ideas of how things should go keeps me in a state of gripped resistance.

Letting go is an art. It’s a state of wisdom. Those who are able to let go and move through instead of trying to control and manage life are, in my opinion, wise and have a lot to teach. Think of the Buddha’s general air of calm; it isn’t a symptom of being disengaged with the world; it’s a product of allowing things to unfold and seeing possibility instead of holding hard. It’s incredibly nuanced. I see him as someone who can live from the heart yet isn’t a doormat or in a state of dispassionate positivity.

Wanting people to behave a certain way is about us and our need for control. If you’re someone (or know someone) that often micromanages others’ experiences and opinions to have them act in certain ways, this is unhealthy. It doesn’t mean we don’t have boundaries, but there’s a major difference between control and boundaries. Having boundaries means you understand what you need. For example, if I have a friend who routinely cancels and changes plans on me, I’m not going to try to control the situation to make sure that doesn’t happen. Instead, I might say, “if we make plans and I move my schedule around this, if you’re not able to follow through, then please don’t make plans with me.” That’s a boundary; trying to control them by making sure they can’t cancel on me generates a pattern of control.

I’ve been in management roles for 25 years, and the times I’ve failed to support my team are when I’ve been controlling or micromanaging them to ensure things would go the way I wanted. Not only is that unproductive, it’s about me and not the collective.

We want to be in control because it gives us the illusion that we can govern our world. Needing the world to happen in an ordered way, a managed way, or one that tries to resist challenges isn’t being in a state of flow. It’s an attempt to soothe a discomfort within ourselves by managing our outer world instead of finding healthy ways to soothe our inner world.

It’s like trying to remedy feelings of agitation in our body by forcing positivity and disengaging with anger or other harder feelings. We can mute over them, but eventually, we’ll feel those things at potentially unmanageable levels.

Letting go is about finding comfort in the unknown, asking, “how can I make myself feel more at home without needing to control the world around me? What are the ways that I try to hold on, how do I feel that in my body, and how does that manifest in my relationships?”

We might use social media to remedy feeling distraught or alone or find ways to seek approval from partners, parents, school, and work to feel valuable and lovable. These are all measures of managing our world and ways we can feel empowered and in charge. But it’s all a fantasy because the only thing that will bring us comfort is by tending to our emotional states.

Think of it tangibly: pulling a door shut and holding on to the doorknob without letting it go because we don’t want to face the storm outside is an unthinkable thing to do for many hours. Yet, we’ll do it. We’ll hold that ‘door’ shut to protect ourselves from the ‘elements.’ It’s a futile attempt at managing our world. Many people still do it; I see it all around me daily. Boundaries are important, but being too strict with boundaries is a way to control and being too relaxed with them makes us resentful.

The concept of letting go, as mentioned, is a much more nuanced journey. There isn’t one way to go about it. Always changing, and as we evolve we (hopefully) gain perspective with time and learn the art of releasing. Just think of the door handle: You can’t hold on to it to make the weather change. You have to dress appropriately, take care of yourself, walk into the storm, and find ways to stay warm instead of trying to make it go away.

Each situation is different, each scene in our life presents new challenges that are opportunities to expand our capacity for change. As we practice this we develop patience. We have to choose to let go every day, not disassociate, but let go of needing to control life’s outcomes.