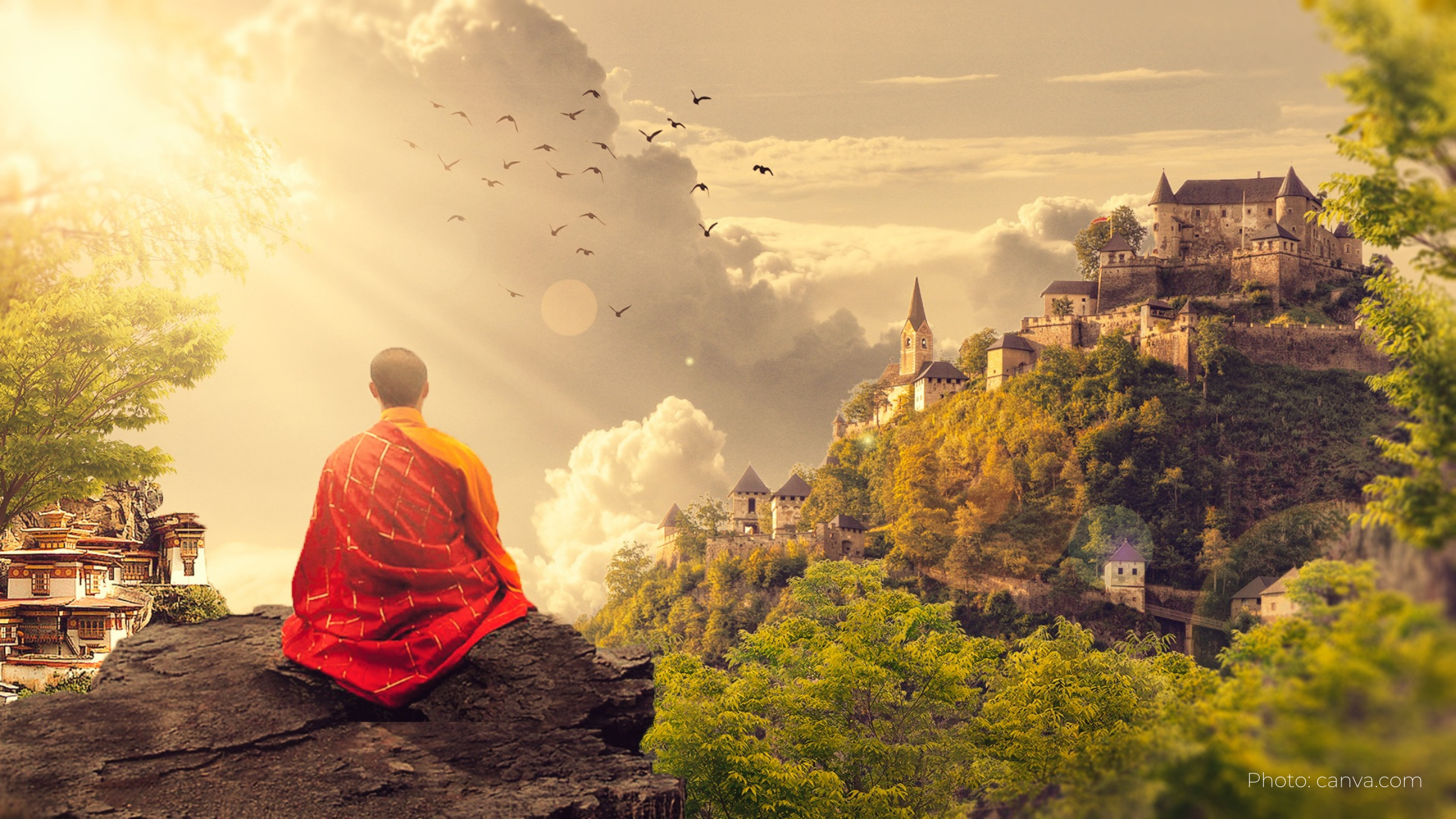 A friend and I were speaking about life changing lessons we’d received. Her story was so poignant and sparked such reverence for me that I asked her if I could share it, she agreed.

She was working In Laos at the time. For years she had been travelling for work, living and working in some of the most beautiful places on the planet and experiencing life in a way most of us only dream of. She was in the city’s tourist centre, surrounded by two rivers and beneath a temple topped hill.

She was in a dark place in her life, feeling entitled, bitter, exhausted, and completely unaware of the privilege that she was living. Being able to travel all over the world and work with amazing people, eat at five-star restaurants and stay in glamorous locations. It had swallowed her up and she’d lost perspective, it now felt like a burden.

Her clients were in a store, and she didn’t want to go in as she’d been many times before. She decided to go sit on a bench by the river. Most of the monks that live in the temples are orphaned kids, or families send their children to the monasteries because they can’t give them a good life. The children have nothing, the ministry becomes their family, their spiritual practice is their purpose. The kids get educated and study at the temples, it’s part of everyday culture in the region.

You’re not supposed to initiate conversation with a monk, and she was so lost in her own inner conflicts she hadn’t noticed the monk also sitting on the bench. Probably after five or ten minutes of sitting beside this monk, he turned to her and asked her if she wanted to know the secret. She paused for a moment, looked at him and saw a boy of about 16 years or so, he was genuinely asking if she was interested in his thoughts. She said yes, and he looked her in the eye’s and said ‘don’t think you deserve any of it.’

It caught her breath and she realized she had been completely missing the last year of her life. She was so removed from the world that she couldn’t see the beauty of life, she was feeling so self-absorbed and obsessed with herself (I know this feeling). In her discomfort it was easier to live fast and move constantly, because the immense discomfort she was feeling felt unbearable. She’d become resentful and lost perspective.

She says that looking back at this point of her life, this was a monumental point of change, a reckoning with her perspectives. Everything in her life changed.

I often ruminate about our culture, this constant hustle for creating and consuming. Our fixation with getting everything we ‘deserve’ or are ‘entitled.’ Our obsession with living a fantasy lifestyle, with the best vacations and endless travel, constantly consuming, having the ‘coolest’ friends, best relationships, and being better than everyone as our measure for success. Keeping up with the new trends and styles, whether it’s outdoor gear, houses, clothing, renovating, or technology. We’re looking for the quick fixes, popularity — as the old saying goes, ‘keeping up with the Joneses’ but on hyper speed.

It’s created a system of being hard on ourselves, never being able to enjoy the small things because we’re all needing ‘more’ to be worthy — more of whatever we view as success.

Most of us are looking for meaning in our lives, a sense of purpose. I think having meaning in our life is what makes us excited to get out of bed, it’s what inspires us to try new things, create new relationships, basically what makes life exciting. When did a sense of meaning or having purpose equal entitlement?

When did we start thinking that we deserved any of it? When did our egos eat up our humility? What would it take for us to land back in the now? Appreciating the small things and stop obsessing with having it ALL.

Even if we’re living in a time of endless possibilities, isn’t the one thing that’s holding us back from experiencing contentment the belief that in some way we deserve more? Or that we’re entitled to so much? I’m not suggesting that we don’t follow our dreams or go after what we want. What I’m saying is, it’s important to have an honest look at the things we feel like we deserve and how constantly focusing on that makes us less connected and more self-obsessed.