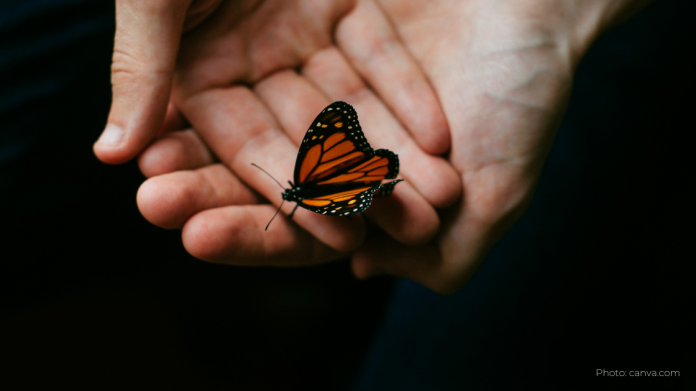 Outside, the rain was pounding on the sidewalk as I was in my office thinking about the conversation I was about to have. My heart was pounding, and my thoughts were travelling at an unmanageable pace. I felt a mix of anxiety and excitement about a long overdue conversation that I kept finding ways not to have.

As the minutes closed in, I started to ponder ways to cancel or postpone. It felt rational, and I could find clear reasons why I should delay the inevitable. In the end, I didn’t find an excuse, so I allowed the imminent conversation.

Just like most people, I dislike hard conversations and want to avoid conflict or hurt feelings. I want to pretend things are OK and that I don’t have to work to make things better because it feels hard and scary.

I grew up in conflict and a home filled with drama and fighting. As I got older, I carried that behaviour with me and used it to create connection, but it always ended up in hurt and betrayal. I didn’t know the difference between fighting and having an important conversation with the goal of improving. Growing up, fighting is what love and caring looked like to me. I didn’t know the beauty of gentleness and certainly didn’t embody the skills to have a kind yet honest conversation.

The upside of growing up in a house built in pain and constant outbursts was that, as the oldest child, I became the voice. I tried to fight for what was right and create a symbiotic environment. That was impossible; I just didn’t know it. As I got older, I was drawn to learning about conflict resolution and found immense healing through having difficult conversations focused on improving relationships instead of battling to be right.

Conflict is often experienced as problematic, but I’d argue that it’s filled with the opportunity and possibility to grow on both sides. This is important because as we develop the skill to have difficult conversations, we expand our trust in ourselves and our ability to tap into optimism. There has to be an intention of a positive outcome, or it’s just a conversation about how we’re unhappy without consideration for how things could improve.

If we’re leaving the ‘hard talk’ months or years too late, likely, it might not go over well. The difficult stuff will have been stewing for far too long, and we’re likely carrying deep resentment or frustration. Having conversations sooner allows us to build trust and own our part of the story instead of building a case against someone, leaving little room for reconciliation.

It’s not supposed to be easy. If all you want is for life to be easy, you’re on the wrong planet, as this one is meant for us to grow and evolve.

The most pain I feel is the pain I carry from not having conversations that I need to. I hold my frustrations like a knot in my neck — it’s always there, and I can feel it, but no one can see it. I feel moody, and it takes up so much real-estate in my mind. It’s more exhausting than having the ‘talk.’ But choosing to have those conversations requires courage and optimism for a better future.

I’ve learned that these conversations are futile or a waste of time with some people. Not everyone is interested in growing together for one reason or another. Or they’re not interested in improving themselves or our relationship. However, if you can let go of expecting a specific outcome, given a lot of time, there might be some change. We have to manage our expectations of a relationship and focus on how we’d like to grow and what could enhance the relationship. Choosing to work on it allows you to improve your relationship and allows you to grow and be more comfortable with being uncomfortable.

I used to push so hard: I wanted to have a resolution with everyone that I felt friction with. Yet As I’ve aged, I’ve developed peace and patience with conflict. I know that with some people, we’ll never have resolution, and I’ve given myself permission to let it go so that I don’t feel gripped by the conflict. I can see them and feel comfortable no longer having a relationship with them.

Two things must happen for a successful conversation: the other person must be interested in growing and improving the relationship or the situation. The other is a willingness to listen without thinking about what you will say next. It requires the sincerity of hearing each other out.

My optimism has grown from choosing to embark on the hard stuff. I’ve learned that the way I show up can be challenging to others, and I’ve learned where I’ve had blinders. In the best-case scenarios, we develop more trust in each other and feel more connected. An average outcome would be airing our grievances and being able to let them go; perhaps this doesn’t manifest in the ending we wanted, but there’s a palpable energetic shift. If the conversation doesn’t produce a positive shift, it’s a learning experience, and we still learn more about the other person and our relationship with them. This allows us to make choices about how we’re going to relate moving forward, even if that means having less contact.

In all cases, the relationships gain clarity, and we’re healthier because we’re not harbouring years of grudges or frustrations.

If you’re struggling with resolving conflict, the question to ask is ‘why?’ What is so scary? What is the worst that can happen? What is the best outcome you could imagine? Then see if you can find the courage to move forward. I think life only gets better when we’re willing to have the hard conversations.