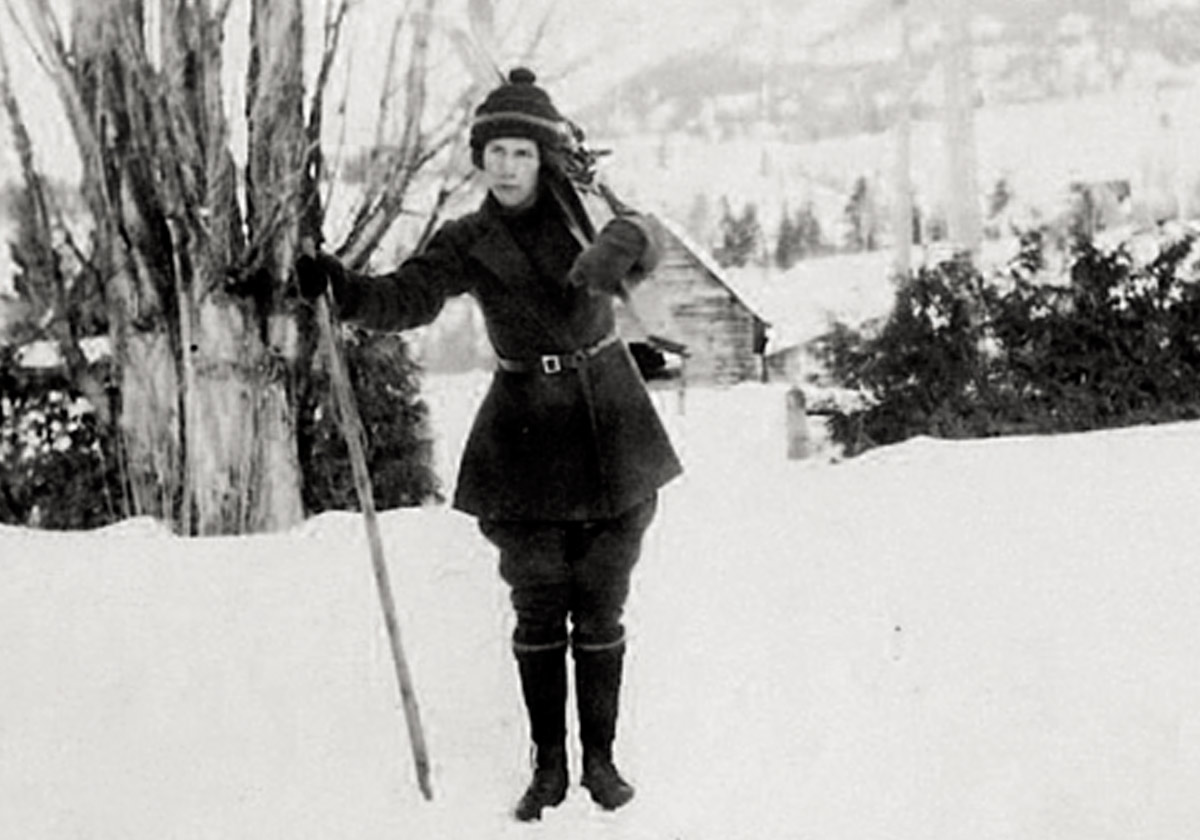 The City of Revelstoke has approved Arts Revelstoke’s request to put a life-size statue of the first female ski jump world champion, Isabel Coursier, in the planter box in front of city hall.

The statue is modelled after a photo of Coursier holding her skis in front of her and will be positioned in the planter box so that the historic ski jumping location, Mount Revelstoke, will serve as the backdrop. The statue’s placement will be on the concrete pad next to the bench direct outside city hall.

Some considerations for the statue’s placement include sun positioning and accessibility, and approachability so people can interact with it.

The bronze statue’s unveiling will take place at this year’s Luna Festival in September as part of the Luna Legacy Project. The 2022 festival will have the theme of flight and celebrates the 100th anniversary of Isabel Couriser’s historic world record jump set in 1922.

Arts Revelstoke says they’ve commissioned Canadian artist Ruth Abernathy to create the statue, and it will be the first of its kind, commemorating a female skier in B.C.

Coursier is known as an icon and a trailblazer in the sport and receives far less attention representing the sport than her male counterparts such as Nels Nelson, Arts Revelstoke says.

Earlier this year, the city council provided a letter of support for the Luna Legacy Project, confirming the statue’s installation on city property to be on public display for at least the next ten years.

The Revelstoke Public Arts Committee supports the Isabel Coursier statue installation in front of city hall because it speaks to the culture and history of Revelstoke.

In the June 28 meeting, council members say that the current display in the planter box will move to accommodate the new permanent piece.

The planter box usually displays leased statues primarily from the Castlegar Sculpture Walk. However, the Public Arts Committee says they can continue to lease the artwork from the sculpture walk and display them at different city locations.

In September of 2021, the Arts Council requested a letter of support from city council for the statue project, and also requested consideration of its placement in Grizzly Plaza. However, in a survey asking residents about preferences for the Grizzly Plaza project, respondents were split on the statue, with half in favour and half not. About 75% expressed support for art in the plaza and expressed preferences for local artists and rotating exhibits.