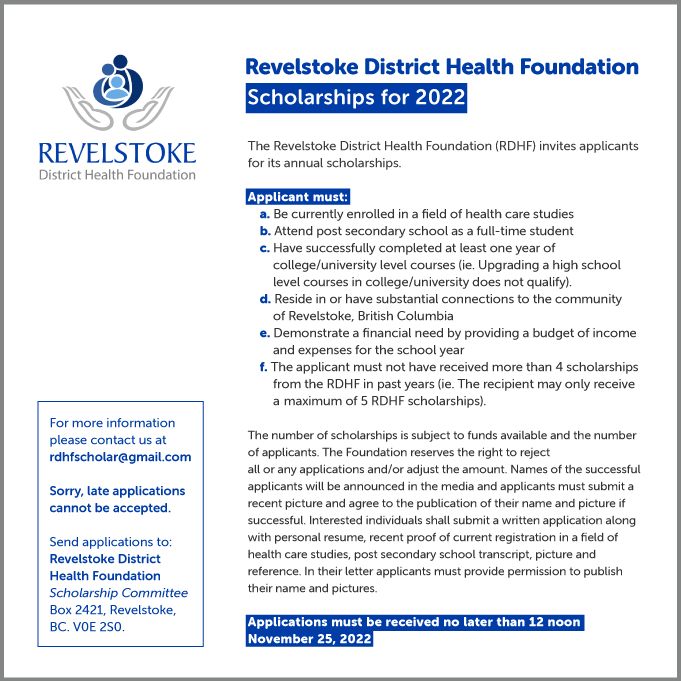 The B.C. forests minister has announced that 40,194 hectares of the Incomappleux Valley east of Revelstoke is under an “immediate development deferral” that will prevent any harvesting in the valley located east of Revelstoke.

It is one of nine B.C. old growth forested areas minister Doug Donaldson where harvesting activity will be suspended while the province develops longer term plans. The Incomappleux Valley is the second largest of the nine areas in the province. The largest is 260,000 hectares in the Clayoquot Sound area. The remaining areas, are mostly in southern B.C. and Vancouver Island. In total, the announcement covered about 353,000 hectares.

Doug Donaldson, Minister of Forests, Lands, Natural Resource Operations and Rural Development, made the announcement on September 11 in a media conference that discussed a new report on old growth forest plans in B.C. called A New Future for Old Forests.

“The primary focus of the report and one that we take to heart is to work with First Nations on long-term solutions to a new old growth management strategy,” he said. “The patchwork strategy left to us by the previous government just wasn’t working. I think every perspective noted that because the report noted that there was almost near universality in the fact that change was needed.” He emphasized the need to protect biodiverse areas and support communities that rely on old growth harvesting.

“For many years, there has been a patchwork approach to how old-growth forests are managed in our province, and this has caused a loss of biodiversity. We need to do better and find a path forward that preserves old-growth forests, while supporting forest workers,” said Donaldson. “Those who are calling for the status quo to remain are risking crucial biodiversity loss, while those who are calling for immediate moratoriums on logging are ignoring the needs of tens of thousands of workers. Our government believes in supporting workers, while addressing the needs of old-growth forests, and these values will guide our new approach.”

Background: Listen to our July, 2020 interview with forests minister Doug Donaldson on the topic of Mount Begbie development, land use planning, and the ongoing mountain caribou recovery herd planning here:

The deferrals mean that development, such as harvesting or other forestry activity, will be deferred in the interim as government develops longer-term plans for old-growth forests.

Donaldson said the impact on harvesting and milling operations “will be minimal” because areas set aside by the deferrals, such as the Incomappleux Valley, aren’t subject to immediate harvesting plans.

“The areas that are announced today are already areas where harvesting is not taking place and therefore the economic impact in the immediate term is going to be insignificant,” Donaldson said in response to a question.

In response to questions from the Mountaineer at a press conference, Donaldson said current legislation allows the minister to issue deferrals for two years, and that it can be extended, without compensation required for the tenure holder. In the coming years, the forests ministry plans to develop longer-term plans for forest management, adding that socio-economic considerations will be taken into account at that time.

“What was not included in the report was any socio-economic impact analysis,” Donaldson said. “The independent panel did note this work will need to be done.”

In the announcement, Donaldson said the deferral announcement resulted from an independent panel report commission by government in 2019 called A New Future for Old Forests. Completed by Garry Merkel and Al Gorley in April of 2020, that review of old-growth forests in the province gathered input in B.C., resulting in a list of 14 recommendations to the province, including a list of priorities over the next three years.

The province says it will be taking several steps in that period, including engaging with Indigenous leaders to review the report and develop policy, deferring nearly 353,000 hectares in nine areas in B.C., generally updating and bring forest plans into compliance with provincial targets and guidelines, and involving organizations such as industry, environment groups, community organizations, and local governments in discussion on the social, environmental and economic implications of the plans.

The government also announced it was working on plans to protect up to 1,500 “exceptionally large, individual trees” under a special tree protection regulation.

The announcement also emphasized the government’s work to live up to commitments under the B.C. Declaration on the Rights of Indigenous Peoples Act related to economic development visioning and land-based planning.

“We acknowledge and respect the traditional knowledge of Indigenous peoples that has been cultivated over millennia, because it is critical to a future for old-growth forests that ensures Indigenous peoples and all the generations to come continue to benefit from them,” said Minister of Indigenous Relations and Reconciliation, Scott Fraser.

Donaldson said the announcement was part of an effort to balance Indigenous rights, environmental concerns and the need to maintain harvesting in forestry-dependent communities.

“The report did not recommend a moratorium on old growth harvesting. An immediate moratorium would be devastating to workers in communities in forest dependent communities,” Donaldson said.

In a statement, Torrance Coste, the national campaign director for Wilderness Committee, said the announcement was a step in the right direction, but called for further action.

“Logging deferrals in hundreds of thousands of hectares of old-growth forests, especially in key areas like Clayoquot Sound, the “Donut Hole,” Incomappleux Valley and McKelvie Creek, is a good step forward on this campaign,” said Coste. “The report’s recognition of the need for a total paradigm shift in forestry is great to see and now it’s time for government to start making these changes.”

In a statement, Sierra Club B.C.’s senior forest and climate campaigner Jens Wieting called the announcement a step in the right direction. “Today’s announcement is a good step for the health and well-being of families in B.C. We are thrilled to see logging deferrals for unprotected rainforests in Clayoquot Sound and a number of other critical areas, in support of Indigenous-led conservation solutions.”