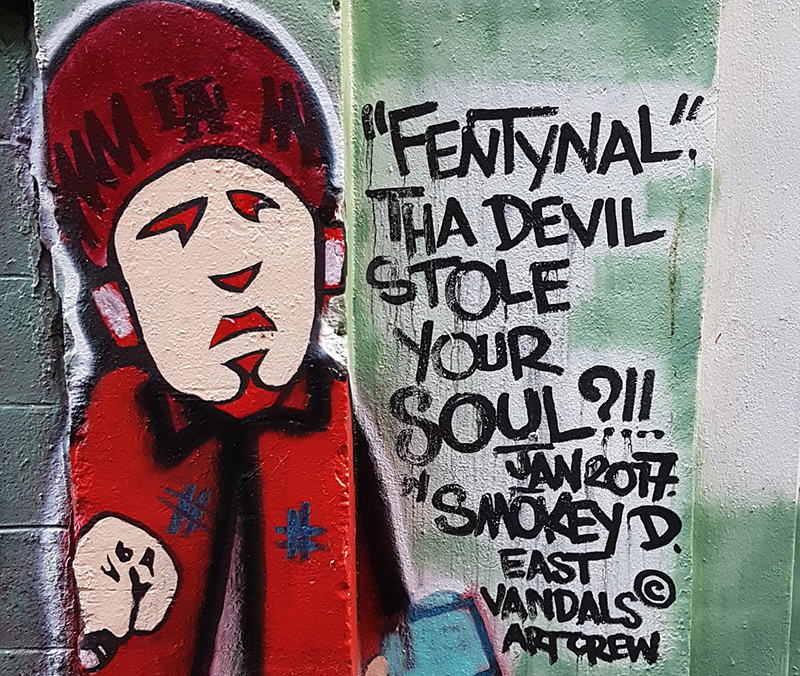 It’s a story all too common in British Columbia.

Here’s how CTV News reported it: “Police believe a drug overdose is the cause of death for two men, apparently in their fifties, who were found lifeless in a car parked at a gas station on Friday morning.”

It didn’t happen in B.C., though. It happened in Montreal on August 25 and the real story is what happened next.

In less than six weeks Montreal police had conducted six raids, arresting 13 drug dealers linked to the two deaths. They seized $19,000 in cash, along with fentanyl, about 500 grams of heroin, meth and other drugs.

Montreal police chief Philippe Pichet was blunt commenting after the last raid: “We will follow and stop those who put (fentanyl) into narcotics.”

Note his choice of words. Pichet was announcing the priority for his department’s drug enforcement efforts, he was declaring war on fentanyl “to stave-off a public health crisis.”

It’s not an isolated illustration.

Last February, a Gatineau couple were found in their apartment with their unharmed child, four days after overdosing on fentanyl.

Eight months later – following a six-month investigation – the Ontario Provincial Police (OPP) announced they had shut down “an illegal weapons and drugs operation” operating in the National Capital Region with the assistance of the Ottawa and Gatineau police services.

Contrast those results with this: in September, Delta police announced the arrest of a 21-year-old dealer alleged to have sold tainted drugs that resulted in nine fentanyl-related overdoes in a span of 20 minutes more than a year earlier.

The identity of the alleged dealer was no secret. His father was granting media interviews within days following the 2016 overdoses.

Or perhaps this tally: “two industrial pill presses seized, one ounce of suspected fentanyl, over 1,200 tablets containing heroin and fentanyl, one kg of fentanyl during a routine traffic stop, a package of Furanyl-fentanyl intercepted at the Vancouver International Mail Centre, a large number of pills laced with fentanyl and 10 arrests.”

Impressive if it was for a medium-sized city’s police department, but it’s not.

According to their website, it’s the province-wide total for the RCMP in B.C. in 2016.

Something else has to be at play to explain the stark differences in response to the opioid crisis between B.C. and other provinces.

Part of it may have something to do with how local communities are policed.

Outside of Atlantic Canada, B.C. is the only province to have more RCMP officers policing local communities than local police departments do – 5,378 versus 2,532 – nearly 7 out of every 10 officers.

In Quebec, 37 per cent of local police officers are on contract from the provincial police force, in Ontario, 25 per cent are from the OPP and in Alberta, 38 per cent are RCMP.

There are only 11 municipalities in B.C. with their own police departments: one in Nelson, one in Abbotsford, four in the capital region and five in Metro Vancouver.

Each has its own police board, but their composition differs dramatically from boards elsewhere in Canada.

In Ontario, the provincial government appoints three of the seven-member oversight boards. In Calgary, council appoints all 11 members to the city’s police commission.

Among the appointees to the Vancouver board are an investment advisor, a property developer, a craft brewer and a physician.

What they may lack in policing background, they more than make up for by what they share in common: six of the seven have donated a total of $265,000 to the B.C. Liberal party since 2005.

Boards are important. It’s where community policing priorities are set.

If blame needs to be laid for B.C.’s less than stellar policing response to the opioid crisis it’s not with police officers, it’s with the former provincial government and not just for their ham-fisted control over police boards, but also for their short-sighted approach to funding the justice system.

Police officers could be forgiven for wondering what’s the point in making the arrest if there aren’t even enough sheriffs to keep courtrooms open?

It’s time for B.C.’s new government to step up.