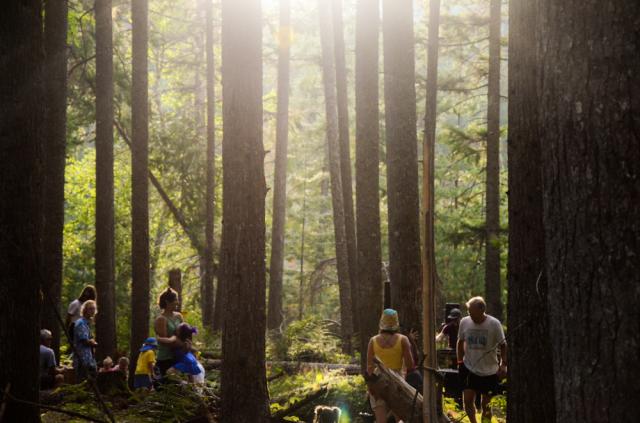 “How did we not know that this place existed?” – were the words on many people’s tongues as they approached the spacious entrance arena. The clearing featured multiple food vendors, bouncy castle, a beer garden, and the main stage. There was a sense of homely familiarity about the place, made more pertinent by the recognizable faces, sounds, and artwork that populated the area.

The event had three different stages that were woven together via the new trail. The Highway Stage (at the entrance) boasted rock music from local bands such as Partial To Pie, Catnado & the Subaneers, and Maritime Kitchen Party.

A little further into the forest, away from the hollers and cheers of the entrance, was an acoustic stage nestled deep in the trees. Attendees peacefully sat on log-stumps and relaxed to the sounds of Stacie Kathleen, Steve Smith and other local musicians.

Only a short distance (a 5-minute walk) along the riverbank from the acoustic Riverside Stage, a totally different scene unraveled. Local DJs such as Dexaville, Huws Who, Yanimal and Wes-side were spinning heavy electronic beats to all ages and everyone was digging it (some, more literally than others).

In between the stages, the walking trail was peppered with local art displays that seemed at home in the forest. Local artists Hayley Stewart and Peter Blackmore were live-painting at the event and encouraging attendees to try their hand. 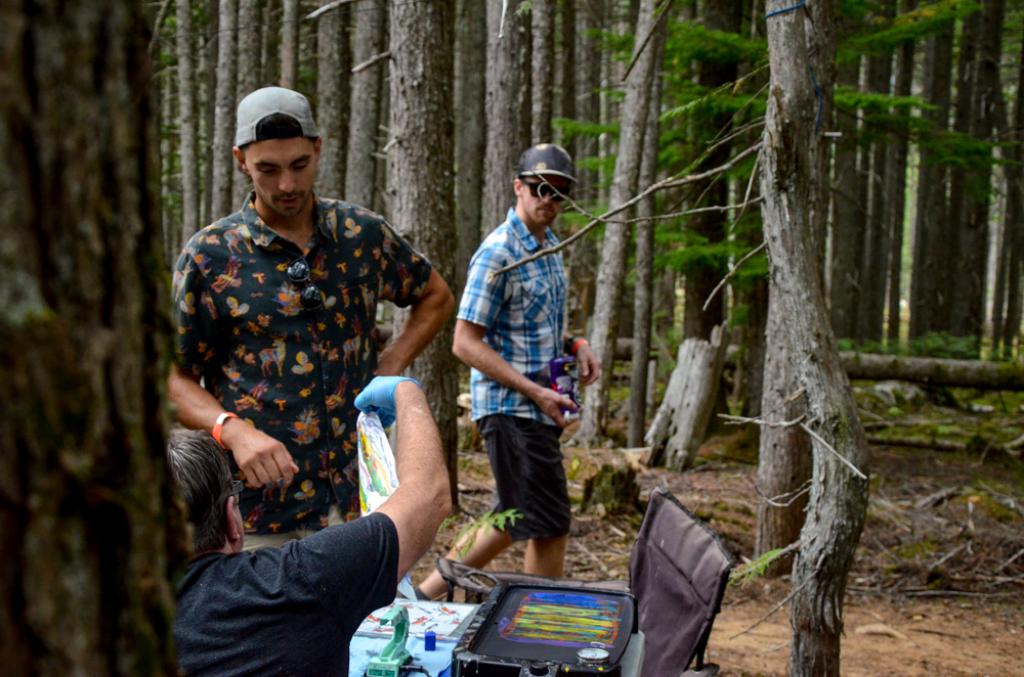 So what does it all mean? Interestingly enough, this new trail (and subsequently, Woodstoke) was formed in the wake of natural disaster. A heavy storm in the fall of 2017 left tracks of devastation in the area. According to Glenn Westrup, the organizer and Director of the BCIFM, it initially looked like the aftermath of an explosion.

The focus of this new interpretive trail, therefore, is to give new life and purpose to the area. The BCIFM board is hoping to see this space utilized for future community events. Judging from the success of Woodstoke, it seems likely that this space will be revisited.

For more information about the BC Interior Forestry Museum and access to the trail, visit their website at http://bcforestrymuseum.ca.