Words and photos by Katie Langmuir

This article first appeared in print in the March 2019 issue of Revelstoke Mountaineer Magazine.

Tucked neatly back into the corner of a Big Eddy industrial track, the muffled hum of an air compressor followed by the ting-tinging of metal against metal leaks through a chipped, seafoam-coloured garage door. At first glance, it’s an unlikely locale for any creative to set up shop, but for modern blacksmith and metal artist Kyle Thornley it’s the place he lives to create.

For many of us, hearing the word ‘blacksmith’ immediately conjures the vision of a leather-clad, bearded giant laying hammer into a sword destined for a battlefield. While Thornley’s selection of hammers seems almost infinite and he’s workin’ on the beard, this new age ‘smithy’ has a far grander vision, skill-set, and accumulation of tools and equipment that allows for so much more.

No stranger to a metal medium, the Southern Ontario native and welder by trade has had an obsession with the properties and functionality of metal since he was a kid — but it wasn’t until a visit to Vancouver’s Granville Island when Thornley realized the creative possibilities. He slugged it out for years in a so-called real job, before giving in to the creative calling and went full-time artist — the birth of Metal Mind Forge.

He started with YouTube tutorials in the beginning, then went on to local meetings and workshops with OABA (Ontario Artist Blacksmith Association) and KBA (Kootenay Blacksmith Association), then stepped up to cross-continent conferences with ABANA (American Blacksmith Association of North America). Fast forward ten years and a few shop upgrades later, the call of the mountains was too much to resist for Thornley and his family, who have come full circle in the quest for the good life here in Revelstoke. He brought with him an extensive project inventory that ranges from kitchen lighting and chandeliers, wine rooms and garden sculpture, to property gates and fireplaces.

Now living smack dab in the in what this artist has dubbed his “inspiration well,” it makes sense that Thornley’s work has an organically elegant quality to it. Kyle describes his perpetual fascination with this hard, industrial material that can be manipulated by adding heat and pressure. Breathing life into it, shaping it into something beautiful leads to a creation with form and flow reminiscent of the origin of inspiration. 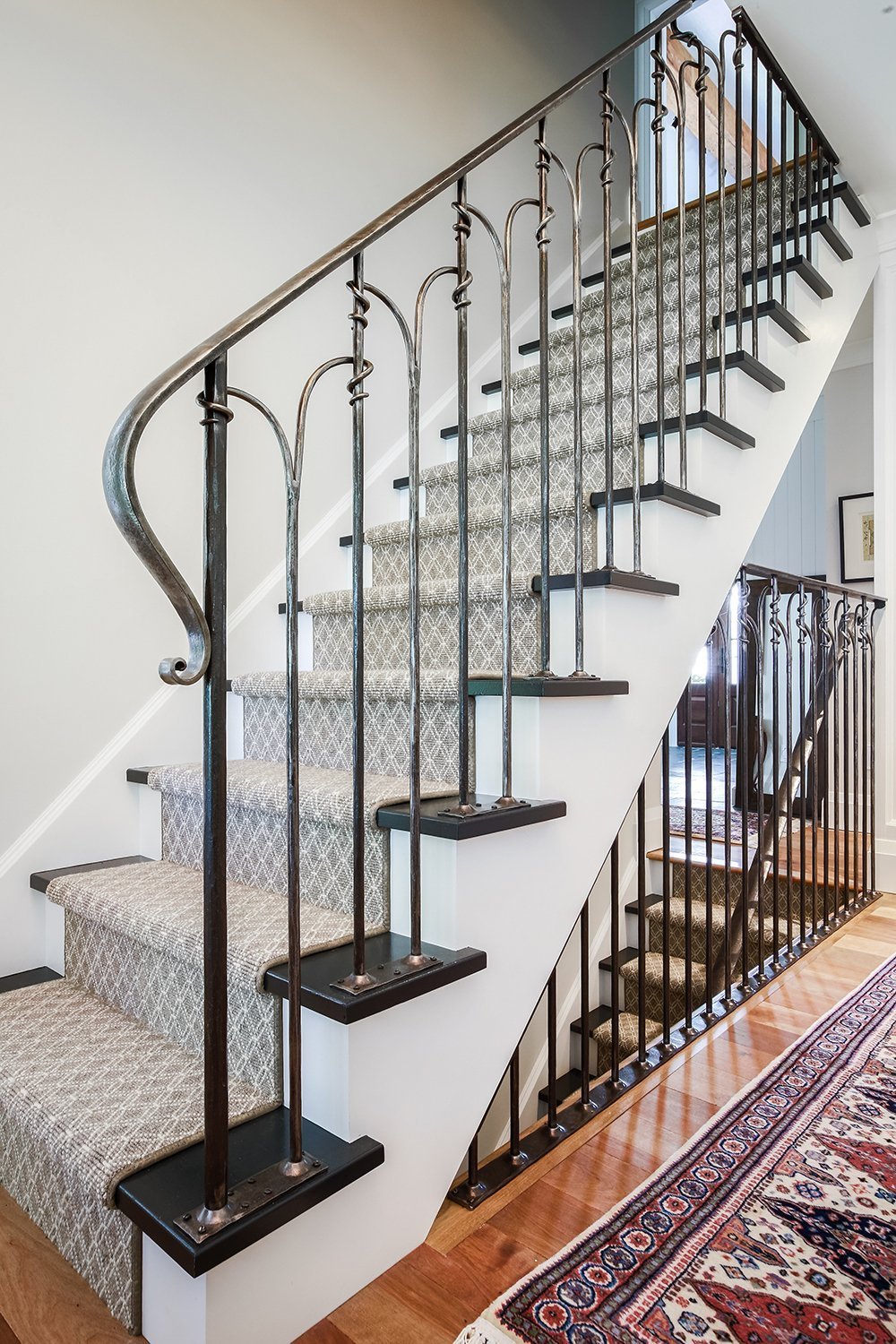 There’s a beautiful structure and calculated fluidity to the way Kyle works, from forge to anvil, meeting hammer. And although there is nothing particularly ‘delicate’ about the art of blacksmithing, there is an incredible precision in managing the material. Almost every project demands a new set of tools. “The tools of the trade aren’t just things you can swing by the hardware store and pick up” Thornley says. He spends days, often weeks, just producing the tooling to start any given project: hammers and tongs, dyes to shape the material, jigs for bending and creating curves. “It’s a game of patience and makes it all the more exciting when a project truly begins to take shape.”

2nd and 3rd steps in forming the cone scales,,dies and other tools to make the cones.

Stepping around a large bucket of rusted railway spikes, he comments on the fun he and his boys, 7 and 3, have collecting the fallen pieces underneath the train bridge alongside the Columbia river in town. He points to a selection of completed spikes turned bottle openers. “They seem to be a fan favourite here in town, a little piece of town history and function all rolled into one.”

He has settled into his new creative space in a quiet part of town, equipped with a modern pneumatic and a 1911 mechanical power hammer (think 2,300-pound sewing machines), a myriad of traditional and new-age forging techniques, and an ever-growing expanse of tools of the trade. The creative possibilities in the world of blacksmithing seem endless.

Downtown Revelstoke can enjoy a bit of work through the window of Big Mountain Kitchen, and the Revelstoke Railway Museum. And keep your eyes peeled for Kyle at a few of the local markets around town.

Keep up to date with videos and the daily happenings of a metal mind via: