A fiery MVI has closed the Trans-Canada Highway at Three Valley Gap on Saturday, February 22, and DriveBC is now projecting the highway will reopen at 1:30 p.m.

#BCHwy1 – Reports of a major vehicle incident in #ThreeValleyGap, west of #Revelstoke. Expect heavy delays and congestion in the area. Assessment in progress.

The incident happened around 8 a.m. at Three Valley Gap and was reported to the Mountaineer by a reader.

When emergency crews arrived, the highway was then closed.

CLOSED #BCHwy1 at #ThreeValleyGap in both directions due to a major vehicle incident. Emergency crews on scene. Assessment in progress, no detour available. Expect major delays and congestion. Estimated time of opening unavailable. #Sicamous #Revelstoke

Following the incident, a commercial vehicle was burning at the side of the road, directly under the highway camera. Due to the flames, it was difficult to tell if there was more than one vehicle involved, but there appeared to be significant debris in the area of the fire, indicating some kind of impact.

A nearby highway camera captured the line up of vehicles caught behind the incident. 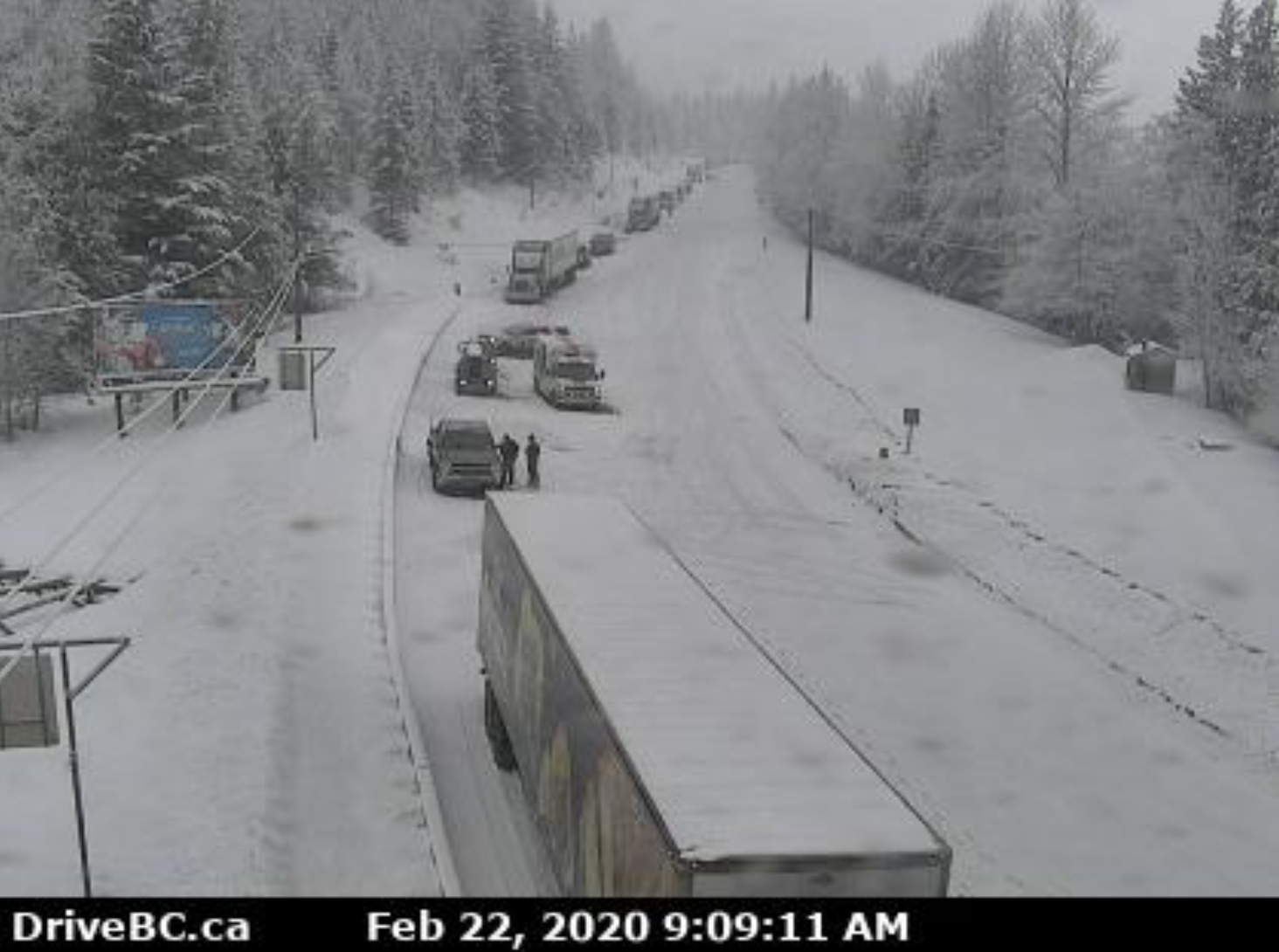 DriveBC provided an update at 9 a.m. saying the highway was closed, but has not yet provided an estimated opening time.

It has been snowing overnight in the Revelstoke area with some new accumulation on the ground.

There is no word from authorities on the incident yet.

The Mountaineer will be providing some updates on the situation, but for the latest on highway conditions and updates, check the DriveBC mobile website.

Dig out your boat to refresh those paddling skills, or sign up for a lesson and use our club gear. No experience necessary. RPA Membership = $20 (includes 1 free Pool Session)1 Pool Session =[...]
View Calendar