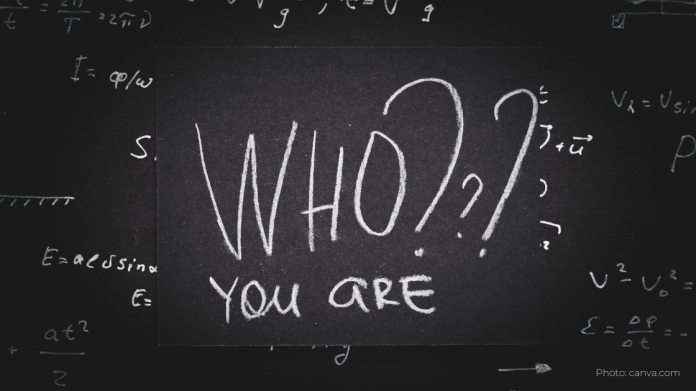 I distinctly remember the stairs in my house as a teenager — it’s where my mom and I would fight. Where she would yell, and I would stand yelling back. One time I was trying to protect my sisters from her wild outrage. I had one upstairs and one downstairs and stayed in the middle of both landings holding my mother at bay. These scenes were common and rugged. I’m sure having three teenage girls was challenging, but it wasn’t just us, it was her disease that created so much conflict in our lives.

We didn’t have support, we weren’t seen, and our needs weren’t met. We didn’t have safety at home or a safe space to land when things were hard outside of the house. She was doing her best but she didn’t know how to take care of herself. She had no support  and because of that she became more isolated and frustrated over time. She was struggling in an era when being a single mom was shameful. She lacked support in any form, emotional, financial, or community.

My story is not unique, it’s just mine. My history and the culture in my family is complex and mostly reserved for myself and my therapist. Over the years I’ve come to understand that healing from childhood isn’t quick and can’t be rushed. I honestly believe that my parents did the absolute best they could with the tools they had and with the hardships they experienced. It doesn’t mean it was the best, it just means it was their best.

Choosing to make different choices than I intrinsically want to is a long game. It’s a defiant response to how I instinctively want to respond and requires an awareness that’s hard to recruit when I’m in a triggered state.

We can all relate to being triggered but not understanding what is coming up or why. Triggered doesn’t always mean being reactive; it can manifest as withdrawal, isolation, or shutdown. The skill it takes to recognize and make different choices are herculean and requires great strength or effort.

We can create a life either filled or void of conflict. We can create a life where when things get hard we either pull away or move toward the drama. Whichever way we choose to live our lives, we may be responding to patterns learned from childhood or pains from our past.

We have to create a life that challenges our triggers and habitual responses, for example having kids or being involved in long-term intimate relationships, etc. Kids and partners push us in ways that can feel like an electric current, uncontrolled responses and habits that feel, well, normal, even if it doesn’t feel good. When we allow ourselves to be challenged we learn how to recognize our triggers and work on choosing different responses.

It takes strength to sit in a trigger point and not respond.  It requires vulnerability to respond differently than we instinctually crave. Our nature is embedded from very young ages, impacted by the type of emotional support we receive throughout our lives. The craving is unconscious and lives in our nervous system, so it takes self-awareness and inner wisdom to change our  responses.

There’s a word for the type of person who is deliberately trying to change their response to the world. They’re called a Transitional Character. The term was coined by the late Carlfred Broderick, who stated that the  “Transitional Character is one, who in a single generation, changes the entire course of a lineage.”

We pass on our learned behaviours; we treat those in our lives (whether it’s our kids or partners, friends or colleagues) in response to how we’re feeling. Unconsciously our pains and hurts take a front seat and try to keep us safe and dictate how we show up. We develop those skills at a young age, before we have the capacity to understand the long-term effects. How we learn to respond to the world from our families is carried from the ancestral patterns that our parents/caregivers learned, and their parents learned, and so on.

If there’s one kind of person you could be in your life, try to be a Transitional Character. Do the hard work of changing patterns. It’s never too late to develop awareness and start healing. We can work on repairing relationships from our past, even a parent/child relationship.

A transitional character learns to be kinder and more compassionate with themselves through the act of healing and making small but slow changes over years. Moving the dial one degree at a time and eventually ending up in a much different place than they started.

Stay gentle with yourself; you’re likely already doing this work if you’re reading this. Thank you for working so hard in your own evolution. The more people that do this work will help create a world that is more compassionate.