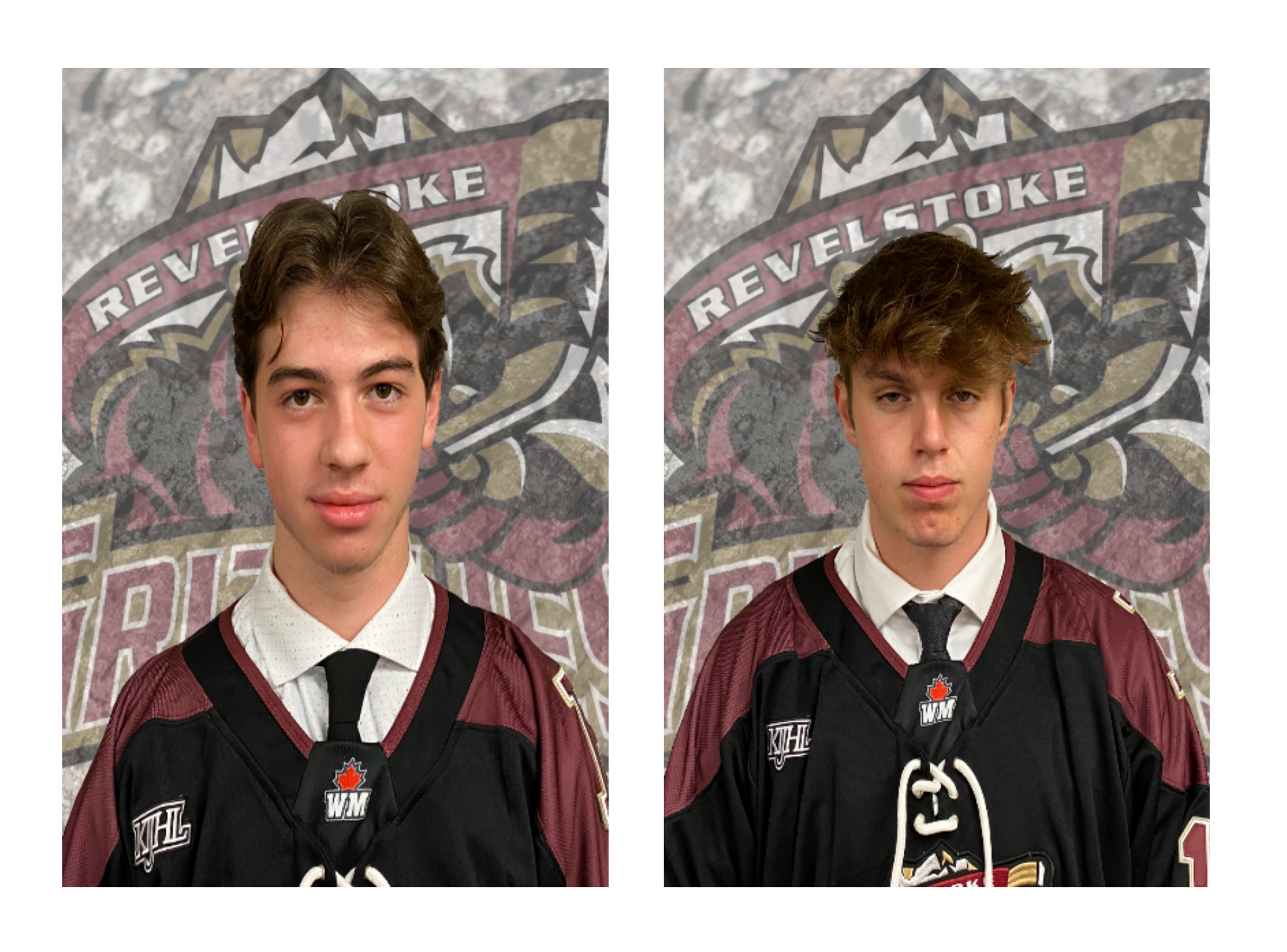 Revelstoke Grizzlies players Brandon Weare and Brady Augot have been named as two of the Instat Kootenay International Junior Hockey League 3 Stars of the Week this past week.

Brady August helped the Grizzlies sweep the Osoyoos Coyotes by scoring three goals and adding an assist in four games. He scored the game-winner in game three of the Okanagan/Shuswap Conference final, giving them a three to one win. In 12 playoff games, Augot had four goals and two assists. During the regular season, Augot had 10 goals and 22 points in 33 games.