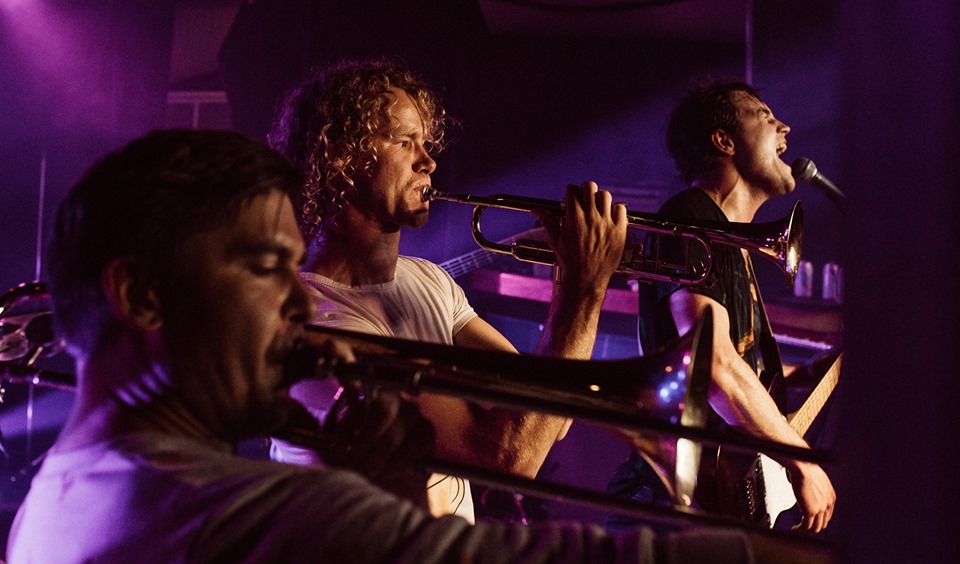 Small Town Artillery are a Rock & Roll band with a horn section originally from Kaslo, British Columbia. Founding members & blood brothers, Tom and Derek van Deursen have been playing music together for 20 years. The band has been playing professionally under this name for 5 years.

They’ve headlined the Rio Theatre, Imperial Vancouver, The Cultch and have independently booked an extensive summer 2019 tour of over 35 shows, including Kaslo Jazz Etc. Fest, Edge of the World Festival, Tiny Lights Festival and many more. In 2018 they were chosen as one of the top 100 bands in Canada by CBC Searchlight judges, signed to Jump Attack! Records out of East Vancouver & released their 3rd LP titled, “Don’t Talk Away The Magic”.

The band’s success and buzz are due to their high-octane live show, relentless self-promotion and strong desire to see a lifelong dream realized, 20 years in the making.