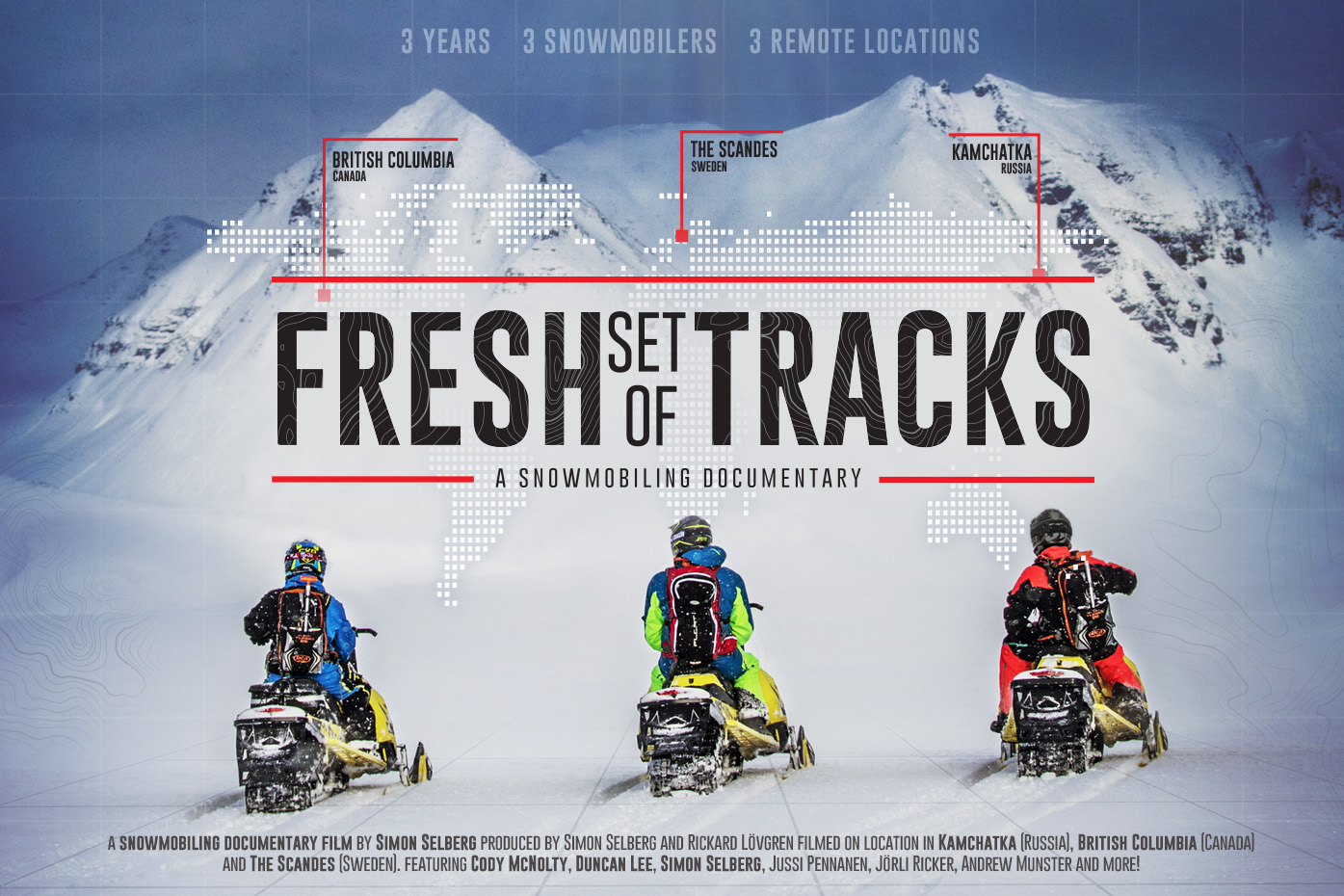 Wynd Marketing present one of very select screenings in Canada! After 3 years of filming and 4 years of production it’s finally time to show this long awaited snowmobiling documentary to the world!

“In Fresh Set of Tracks you get to follow three professional snowmobilers; Cody McNolty (Canada), Duncan Lee (USA) and Simon Selberg (Sweden) as they, over the span of three years, search for new locations to ride snowmobiles in. A search that takes them deep in to the backcountry in three of the most remote and extraordinary places in the world;

– The volcanic peninsula of Kamchatka, Russia.
– The deep north in British Columbia, Canada.
– Deep in to The Scandes, Sweden.

The film delivers a perfect mix of documentary parts and extremely well executed, adrenaline pumping action sequences on snowmobiles. You get to follow these colorful individuals on their adventures, around the world, as they try to get off the same old path in the hunt for the perfect riding areas!”

“It’s like no snowmobile film we’ve ever seen. What an incredible journey, and so beautifully shot and produced.”
– Mountain Sledder Magazine / @sleddmag

“This is absolutely a one-of-a-kind film that innovates not only how to portray extreme riding, but also uses that as a foundation to tell an interesting story.”
– Tidningen Snˆskoter / @tidningen_snoskoter

“My 14 year old son sat through the entire film without looking at his phone once! For me, that says everything about the production quality of this film! Verdict: 10 out of 10 belts!”
– SnowRider Magazine / @snowridermagazine

“An epic, well produced and beautiful sledding documentary. Extra cool that it is a Swedish production that holds world class and that avalanche awareness was portrayed as a natural part of riding!”
– SVELAV / @sverigeslavinutbildningar